The shortest and coldest days are upon us in the northern hemisphere. 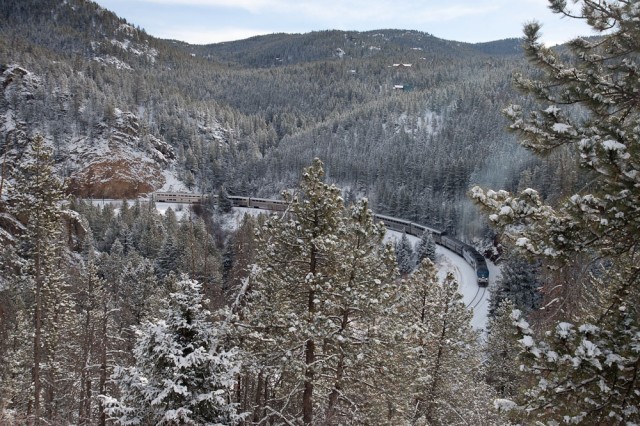 It hasn’t been above freezing for a while now.  To make matters worse, on one of the coldest nights when temperatures were below zero on the Fahrenheit scale, the power went out for about 7 hours.  No heat during that time.

I’m still very busy with work and haven’t had much time for hiking or photos.

I was able to grab a short hike one afternoon this past week.  The temperature was 8, but I was dressed fairly warm.  No one had been on the trail so mine were the only human footprints.  I did note there were quite a few deer tracks and was glad they weren’t all hunted.

After about 30 minutes, I was walking along, lost in my thoughts, as I often am on solo hikes, when I suddenly became aware that I was following the tracks, not of a deer, but of a mountain lion who was going in the same direction I was. 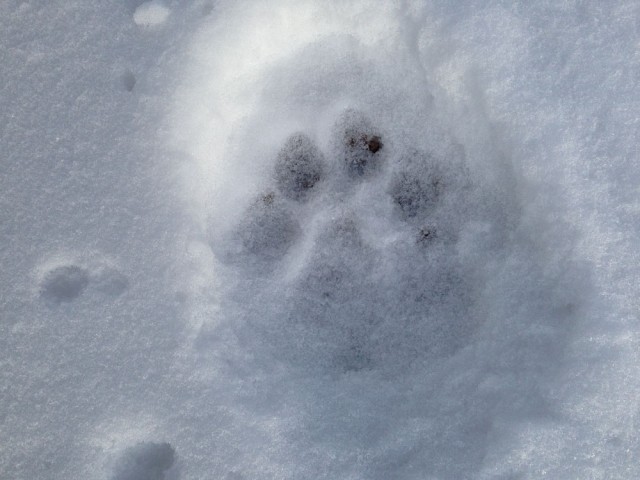 Mountain lion paw print in the snow. This print was about 3.5 to 4 inches wide.

When a mountain lion leaves tracks, the front paw leaves a print and then the back paw steps almost exactly in the same spot, over-printing the front paw print.  So much of the time it’s hard to get a good print because its been stepped on twice.   Because it’s a cat with retractable claws, there is rarely a claw mark, unlike canines and bears.

After studying the track for a few minutes, I opted not to continue following it.  I felt a bit chilled after seeing the size of the paw prints, especially the distance from one print to the next.  That was one big kitty.