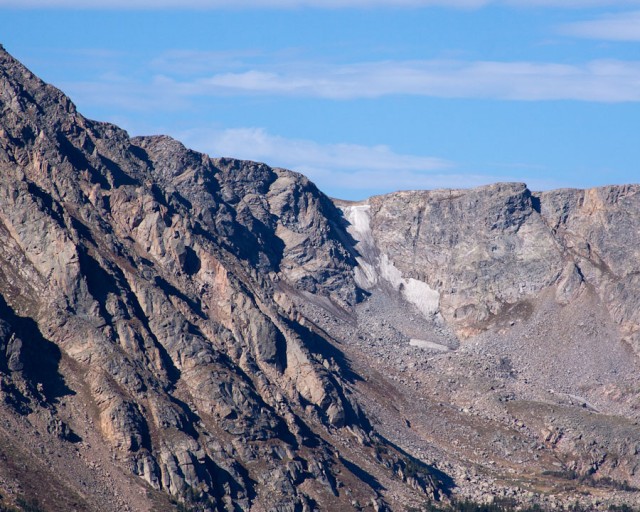 Only a few small dirty snowfields remain on the high peaks.

Usually by mid-September, these high peaks and ridges will have had several dustings of snow.

As I sat on the mountain top eating a snack, I kept my camera ready for getting a good shot of a pika.  In spite of years trying, I’ve never gotten a good shot.  In this case, I didn’t have right lens with me. 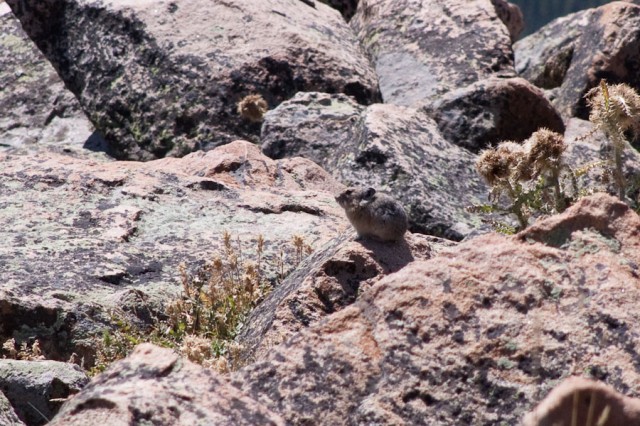 Pikas are small members of the rabbit family and make their homes in under the boulders and rocky areas above treeline.

I caught something out of the corner of my eye, right below where I was sitting. 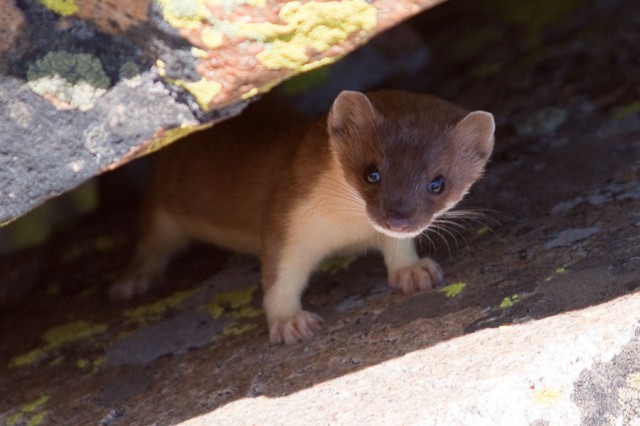 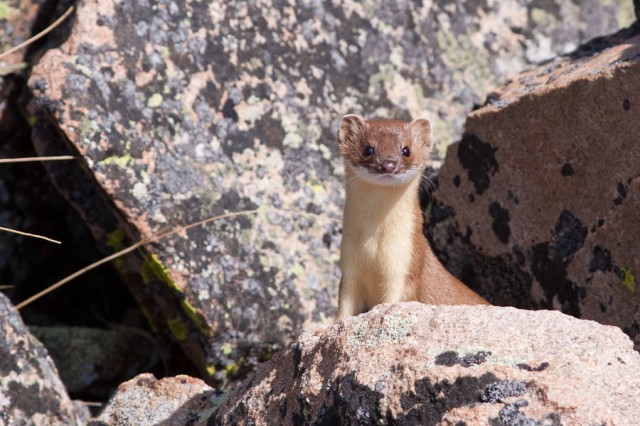 This guy was very agile.  He’d pop his head up for a second or two, then disappear into the boulders, and unexpectedly pop up again in a different place.  It was entertaining to me to guess where he would show up next.  For a moment I thought there were two of them because one moment he’d be on one side of me, a few seconds later, the other side. 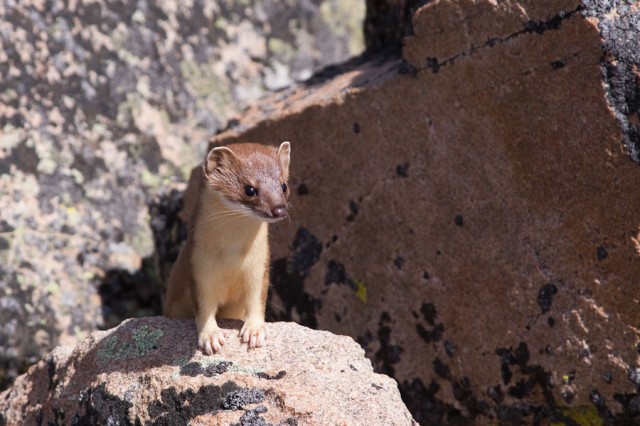 I’m grateful for auto-focus technology in cameras.  I never would have gotten any photos otherwise. 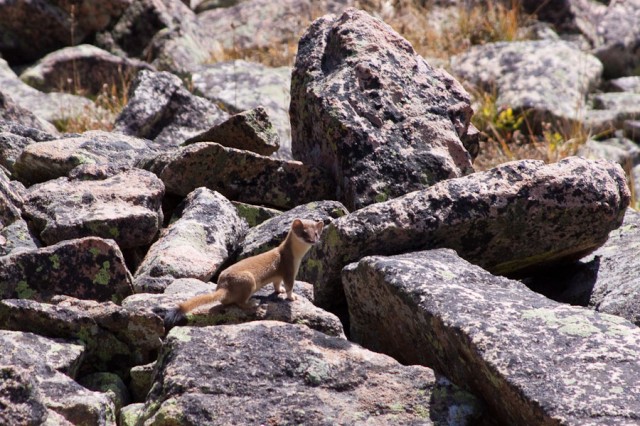 Here you can see the black tipped tail of the weasel.

This weasel was probably hunting the pikas that were nearby.

While I was hoping to get a good shot of a pika, I came away with some good shots of a weasel instead.  It was a gorgeous day up on the tundra, and so rare that the wind was dead calm at that elevation.

12 thoughts on “Pop goes the weasel”