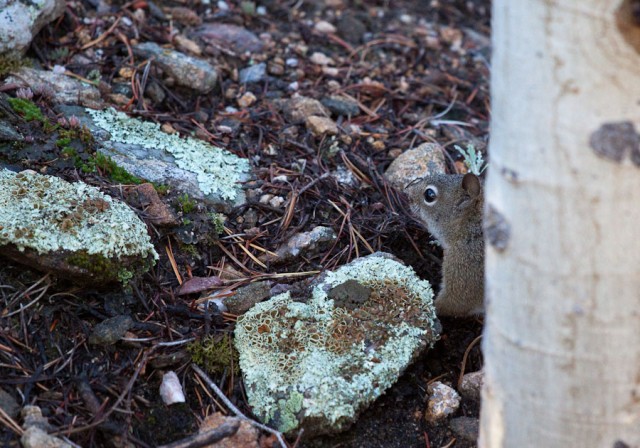 As usual, click on the photos for a better view. 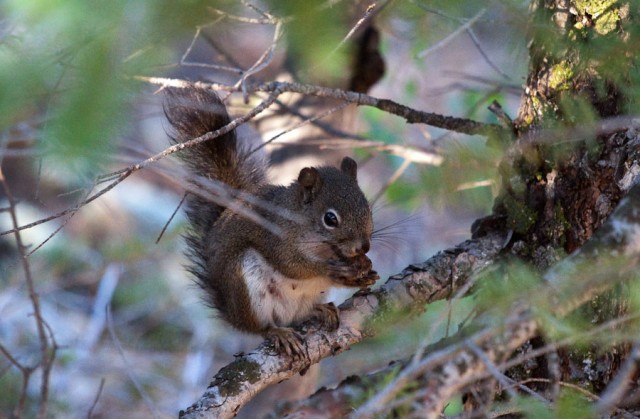 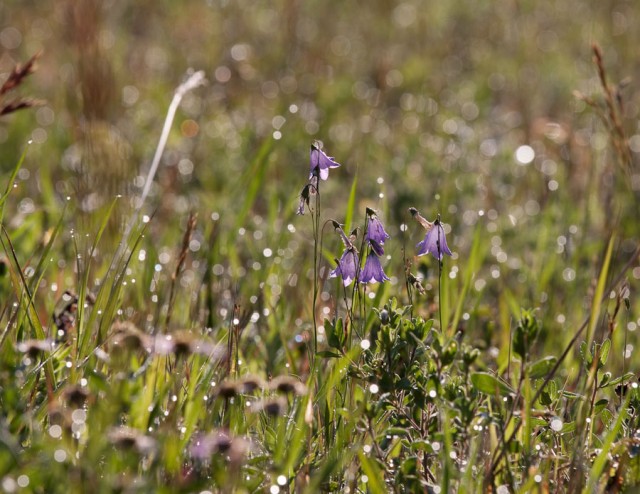 Flowers in dew covered grass, glistening in the sunrise.

It had rained last night, so everything was fresh smelling and wet.  So engrossed was I getting the effect of the water droplets in the sun, that I didn’t realize I was being watched from across the meadow. 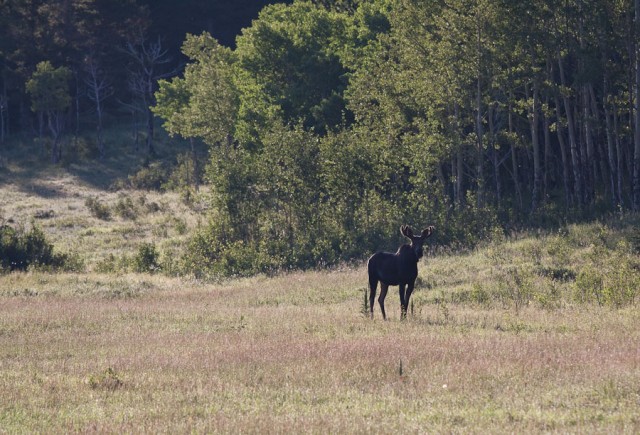 Moose walking towards me wondering what the hell I was doing.

This happens a lot.  I’ll be taking a photos of something and I’ll realize an animal I didn’t initially see is watching with curiosity.   We checked each other out for a minute, then we simultaneously went in our intended directions:  he, to the beaver pond, I, back to the trail. 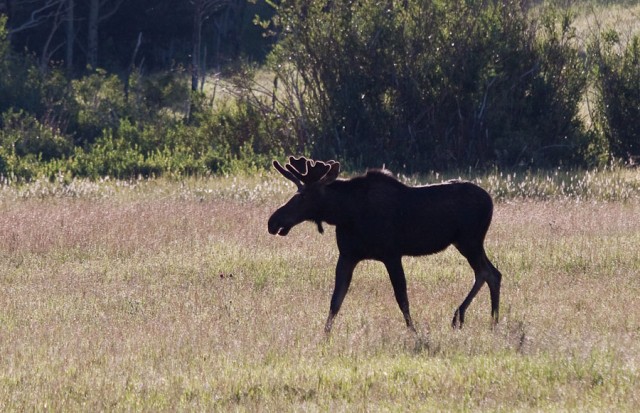 Not a great photo because the sun is behind him.  Mostly silhouette.

I wondered, who else is watching me? 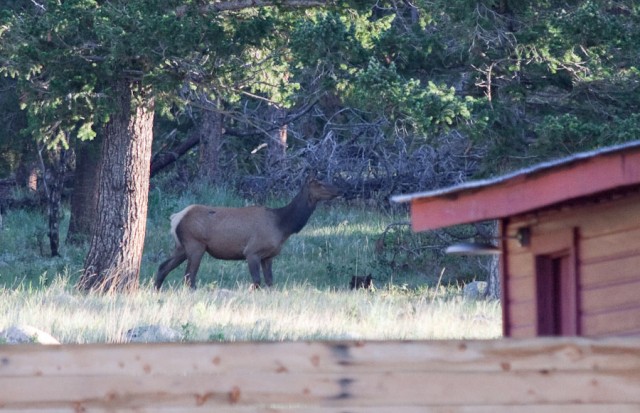 Elk doe keeping an eye on me.

Again, not a very good photo.  She was in the shadows and pretty far away.  She wanted the barn between us.

There was a lot of wildlife activity.  I hadn’t been expecting very much. There was a golden eagle flying across the meadow and this upset the red-tailed hawk who began screeching from somewhere in the forest. 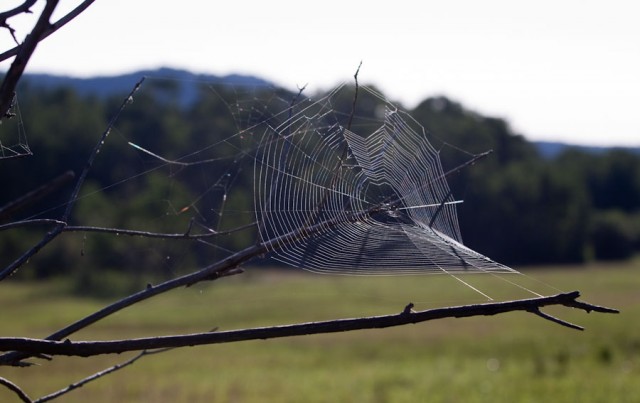 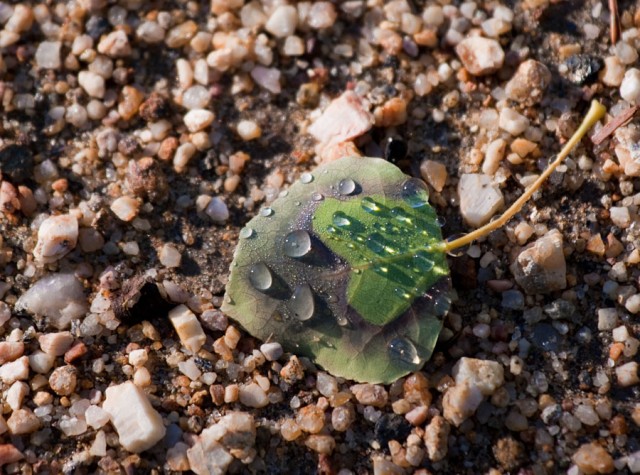 Aspen leaf with last night's rain on it. 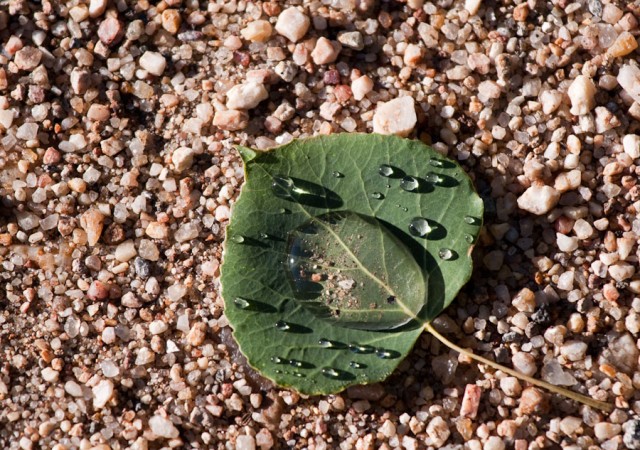 And another aspen leaf in the morning sun

I reminded myself I had to get home home for breakfast and work.  It was 7:30.  But there were still photos to get. 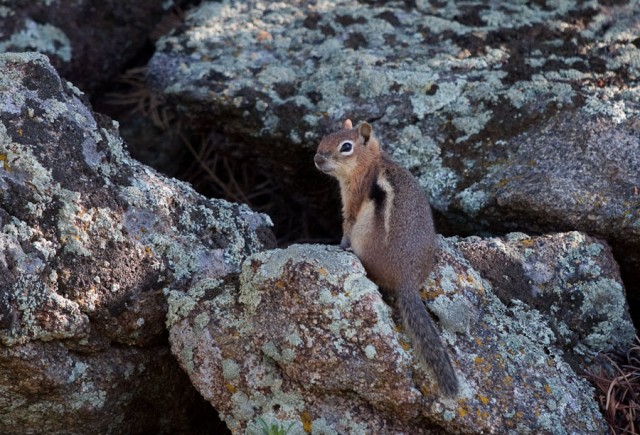 A little larger than a chipmunk, ground squirrels don’t have stripes on their faces. 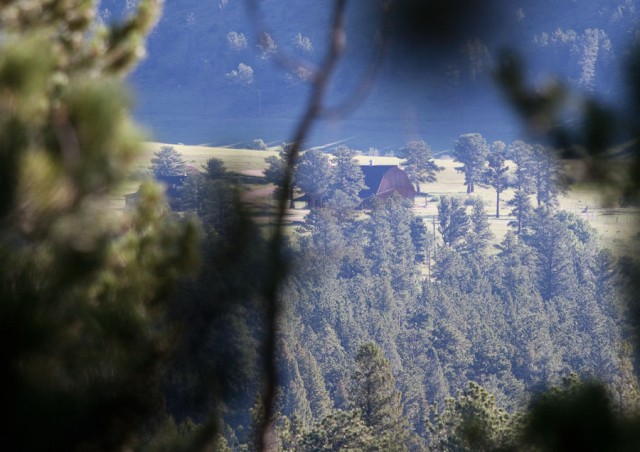 Top secret famous recording studio, as seen through a tiny break in the trees

I couldn’t help one more shot of the recording studio (but that’s the topic of another post).  As far as the operation of the lens is concerned, it might be even better now than when it was new. 🙂

8 thoughts on “The early bird…”