I had been across it dozens of times on bike, on foot, and in 4×4, but never realized it was there.  An aqueduct.  The reason I had noticed it this time were the recent signs of machinery used to clear the ditch of debris and vegetation.

I followed it to the north where it joined up with a stream and a diversion.  Then I followed it south where it became elevated as it crossed a gulch.  The water sitting in it was still half-frozen. 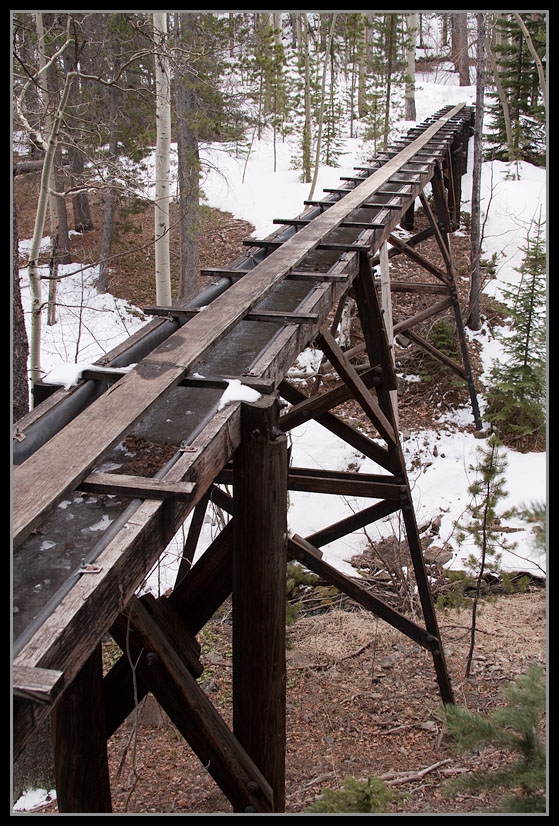 After judging the structure sound, I carefully walk out on it and shot a photo downwards. 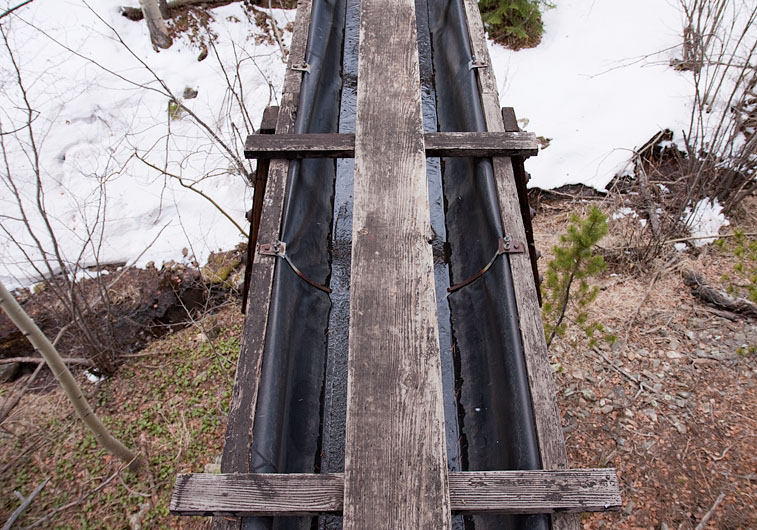 The weather was turning bad, so I didn’t follow it further.  But I did check it out on the topo maps and learned that it fills a series of lakes nearby.  The lakes appear to be on private property.