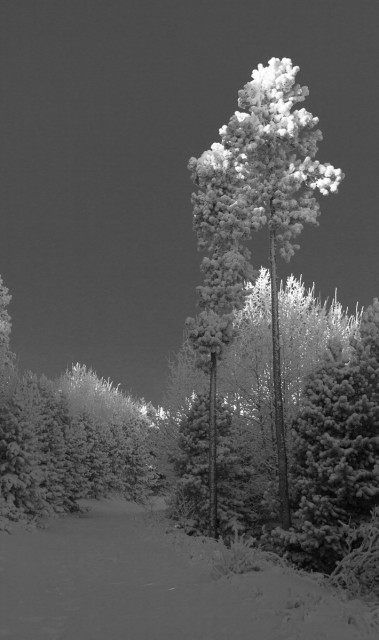 Black Friday represents so much of what is wrong with this country.  Nobody I know takes part in it.  It’s only existed for a dozen years.  I keep hoping it will die as a fad, but the media and the corporations won’t let it.  They wear maniacal grins while they rub their greedy palms together, leading consumers to think they’ll miss something important if they don’t go shopping. 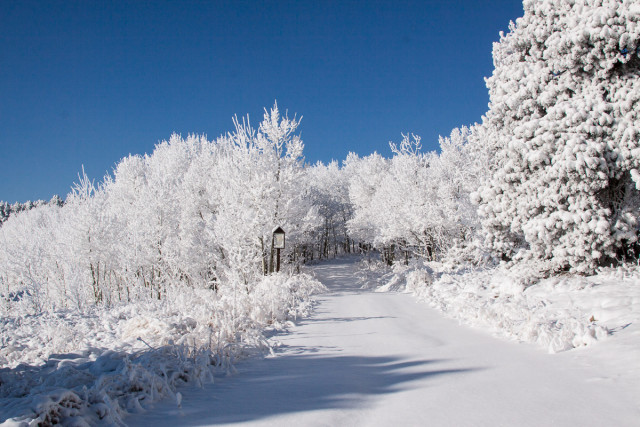 Meanwhile, at least one company closed on Black Friday. R.E.I., which is a store that sells outdoor clothing and ski gear, encouraged people to get out into nature on Black Friday.  I was out in nature, but didn’t see anyone else.  But then most of R.E.I.’s customers are high end consumers who only want the appearance they’re into nature. 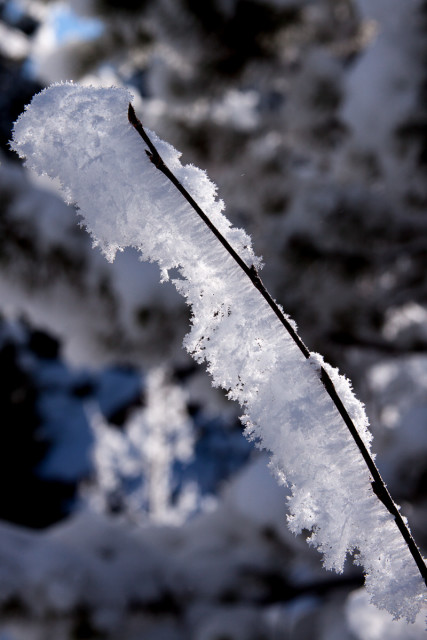 It was a bright and sunny one degree Fahrenheit (-17 Celsius) day after a storm that had some freezing drizzle and ice fog.  I love these types of storms because of the interesting ice crystals that grow on the grass, twigs and branches.  In the above photo, contrary to what you might think, the crystals form on the side of the branch that faces into the wind. 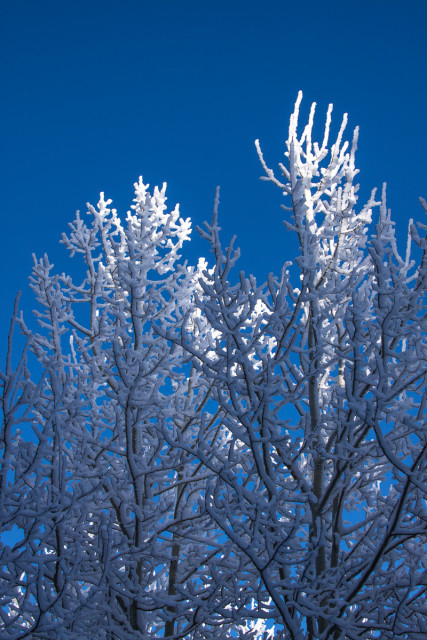 The silence was deafening.