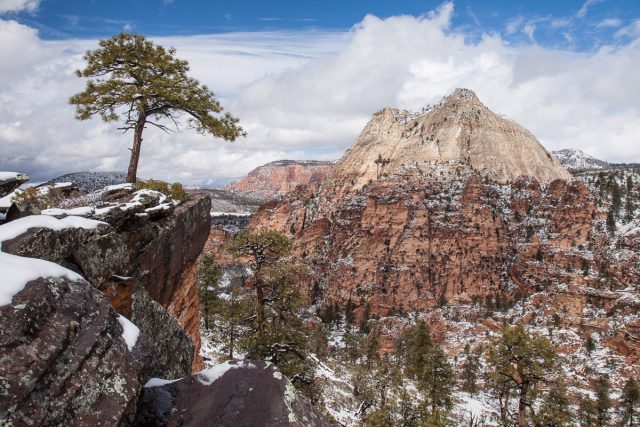 It’s been seven months since my heart attack. My stamina is improving, though still not to where it was. I headed over to Utah for a much needed break. 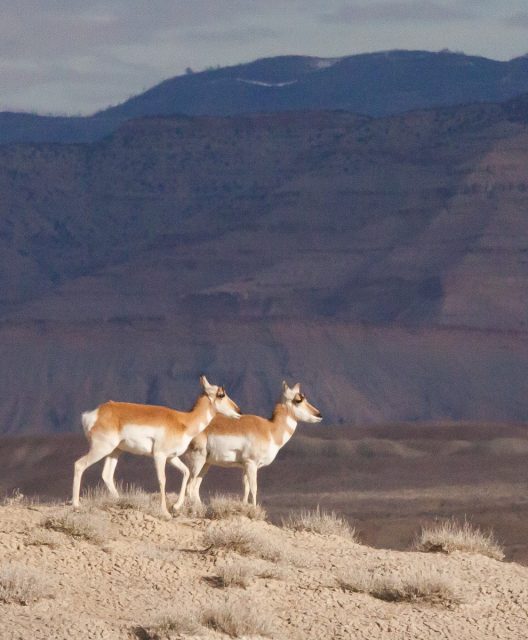 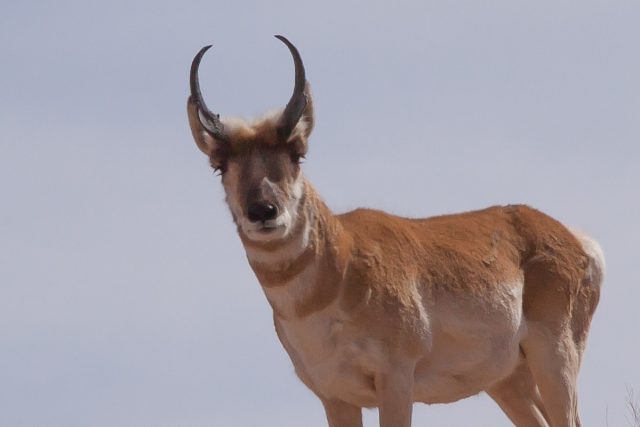 Pronghorn. Note the upper and lower eyelashes. Click for larger.

I’m not sure why, but pronghorn feel more wild to me than other wild animals I encounter. It’s like a special treat when I encounter one. They are the fastest animal in north America, their predator long extinct. 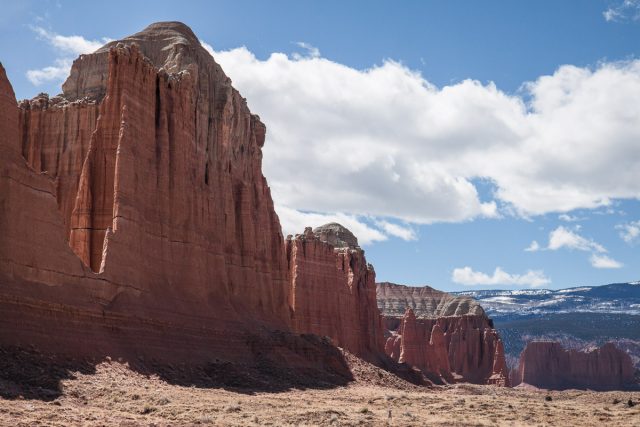 Typical for spring, the weather was a bag of tricks.  But that has it’s advantages, such as fewer people and more interesting photos with snow on the red sandstone. 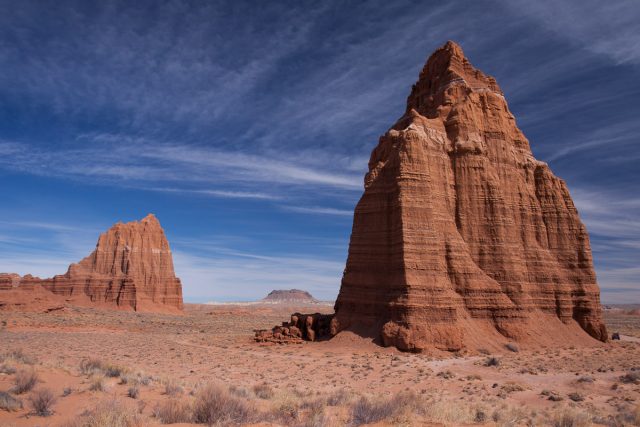 My most favorite thing to do in Utah is just simply explore 4×4 backroads, and stop and camp where needed, without any kind of timetable.  It was a bit too cold at night for camping on this trip so had to resort to motels. 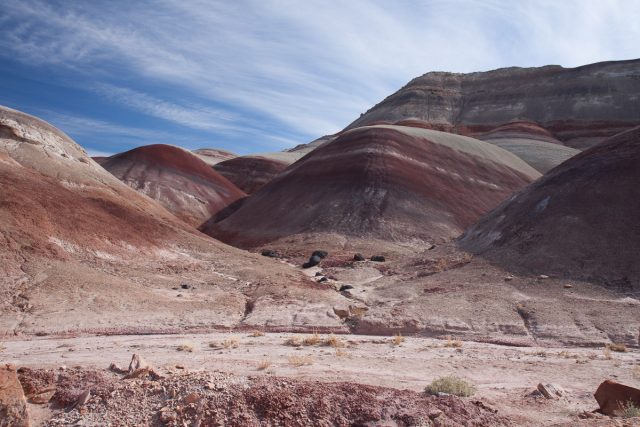 For the past half-dozen years, I’ve been enamored with the bentonite hills and canyons of Utah.  They have these wonderful gradients of maroon, red and white, and almost look airbrushed. 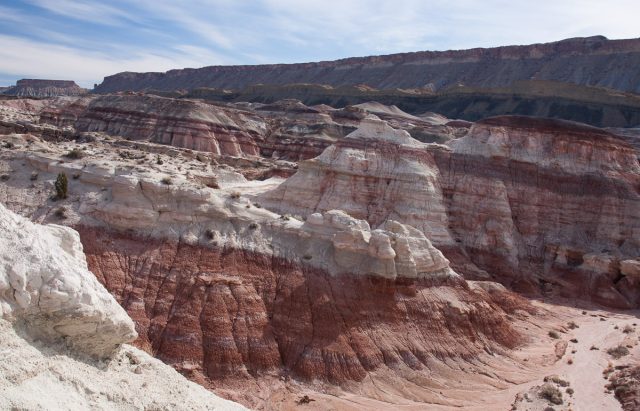 I happened to be in the area of the San Rafael Reef.  The upheaval looks cataclysmic, but given there are streams cutting canyons through it, it probably took millions of years for the uplift to occur. 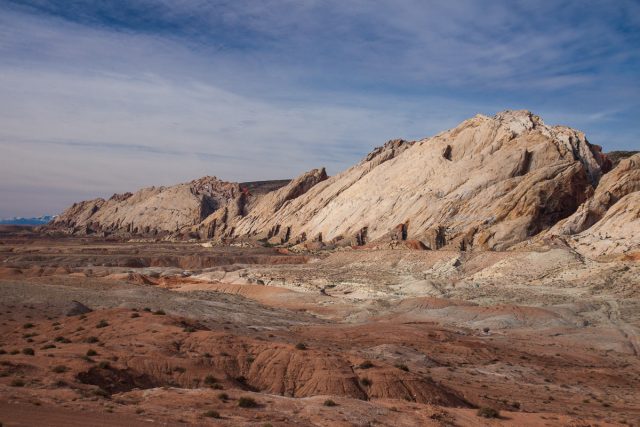 A portion of the San Rafael Swell.

No matter where you go in southern Utah, you’re never very far from pictographs or petroglyphs. 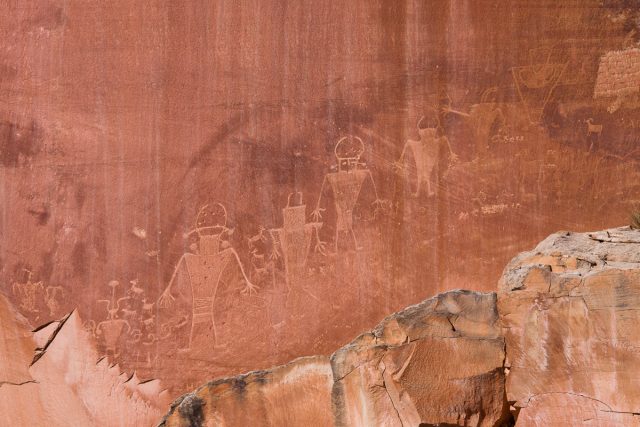 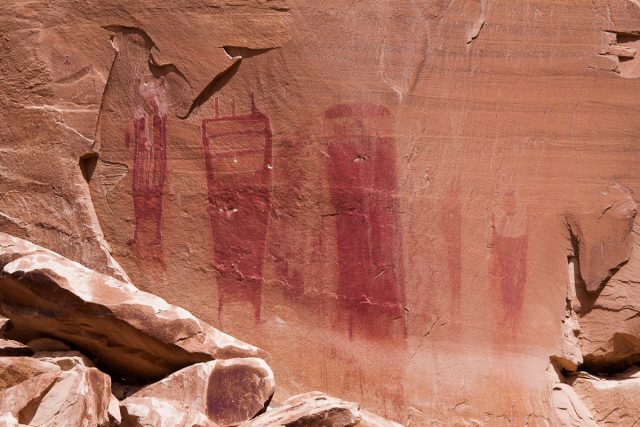 Pictographs of the Barrier Canyon style/era. Click for larger.

These above are supposedly human forms.  They have short legs and feet.  But I wonder about creatures from outer space or some really intense psychedelic drugs. 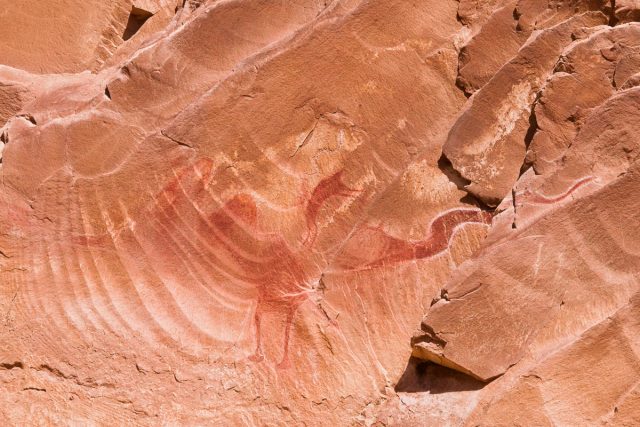 The namesake for Black Dragon Canyon.

I’d love to go back to Utah next week. With my work load it isn’t possible.  But soon.  Meanwhile my heart will get stronger (hopefully) enabling longer hikes.