I couldn’t wait to get away. I felt I really needed it. Camping. Living for a week in nature. Where everything makes perfect sense to me. I was feeling pretty over-full of dealing with other humans, especially the mass of humanity from all over the country that has decided to vacation in (clog up) Colorado.

Yes, the pandemic has made it the year of the road trip. I went to REI to get some freeze dried meals and a flashlight, and after I waited in line to enter, the shelves were nearly bare. Everybody’s going camping this year. I began to have doubts I’d be able to escape civilization as much as I wanted.

I didn’t have a specific plan for this trip, only some general ideas. I packed and prepared for most anything.

The first 24 hours were nearly bliss. I ended up in northern New Mexico, near the old steam train tracks for the Cumbres and Toltec Scenic Railroad. I hadn’t been in that area for 8 years. It was only to be a stop on the way to the Weminuche Wilderness near Durango. There wasn’t a cloud in the sky which was perfect for getting some photos of comet NEOWISE, which was fading more with each passing night.

I parked the car and backpacked my camping gear up to the top of a grassy hill where I would have a nearly unobstructed view of the sky all around. I got some pretty good photos, but Elon Musk’s Starlink satellites were getting in the way.

I watched directly overhead as a straight line of them passed, one following exactly the same distance from another. And this is with only 450 of them launched. The final total is supposed to be 12,000? What’s the night sky going to look like in a few years?

That night I slept better than I had in a long time, and usually when I’m camping I don’t sleep well.

I decided there must have been an alcoholic cowboy managing herds of cows in the area back in the 1960’s and 1970’s. There were all of these old beer cans from before they had the permanently affixed pull tabs, They were imprinted with Do Not Litter, which was a 70’s campaign. I’d see them where ever I went, even if only to take a pee.

My scheme was to get an early start and head to Durango. But, it was so quiet and calm with so few people around, I decided to linger another day. “Let’s photograph the train when it comes around.”

Shortly after the train left I decided to explore some of the area I hadn’t before. I headed down the 4×4 road to Rio de Los Pinos. I thought maybe I’d be able to head up-canyon to the Toltec Gorge. No such luck going up-canyon. There was a gate with private property signs. Down canyon there was lush and verdant growth along the river. It was quiet there too. Only a few campers. Perhaps because it was raining, I decided to head back up to the drier views of the chaparral and ponderosa.

When driving on 4×4 roads, there are a lot of rattles in the 18-year old XTerra. But this time there was a rattle that didn’t belong. After thinking about what it could be, I decided to ignore it for the time being. But then a smallish rock which should have easily passed under my car, didn’t. That’s weird. So I stopped and had a look.

A broken shock absorber that I had only installed 18 months earlier. A Monroe shock absorber. After looking at the weld where it broke, I concluded it was a piece of shit. Don’t buy Monroe. So what did I end up doing? I bought Monroe because nobody had any stock of anything else.

That was the end of the good part of the trip.

I headed home the next morning to repair the car. There were a lot of factors in the decision, a primary one being I didn’t want to spend a night in a motel while a more local repair shop did the repair. I could do it myself the same day, and then sleep in my own bed. Which I did.

Headed out the next morning to continue the trip, but with the distance back to southern Colorado, decided to stay within a few hours of home. I headed over to the Grand Valley area on the other side of the divide.

The mass of humanity that I was trying to escape was over there. I headed to the Devil’s Thumb Park trailhead. It was packed. But I didn’t see any backpackers; all day-hikers. I figured it would clear out by evening. So I geared up for a day-hike intending to come back in the evening for the backpack of camping gear.

The hike was unpleasant. Everybody I encountered on the trail was bickering with their spouse or other family members. After a couple of miles I headed back to the trailhead. I encountered a quiet pond with water beetles in it and decided to head up the canyon beyond it. There was no trail, but it was just what I needed. Instead of bickering humans, I saw wildflowers and heard birds, both of which were lacking on the previous trail. The going was slow but I was in the moment. The best kind of hike.

By the time I got back to the trailhead, I was literally exhausted and it was dark steady rain. There was no way I would have carried my camping gear back up the trail. I thought about camping at the trailhead, but there was already someone doing that. Plus the trailhead stunk from so many people using the bushes as a bathroom. I made dinner and felt better after eating. I decided to find a place to car camp, but as I searched, every available place was full. I decided to head back home. It is not the year to go camping.

It turned out that most of the campgrounds in the valley were closed, as were some of the main forest service roads. It forced a lot of people into the area I was in.

It’s been seven months since my heart attack. My stamina is improving, though still not to where it was. I headed over to Utah for a much needed break.

END_OF_DOCUMENT_TOKEN_TO_BE_REPLACED

I have over-committed myself on many fronts. My desire to be helpful gets the best of me. Then I become one of those people I despise, one who doesn’t deliver on promises. People tell me it’s a good thing that business has grown so much. But the downside is not being able to deliver on the promises I make.  It’s much easier to say “no” up front, than to keep saying I haven’t gotten to it yet and to give me a little more time.  This is not a new lesson.  It makes me laugh how I ignore life’s small lessons.

Over the holidays, I went to Utah to visit friends and to do some hiking and photography. The ends of the trip were all about dodging storm systems and semi-trucks. (Actually the semi-trucks were fine; it was the icy roads and idiot drivers of SUVs and pickups.) 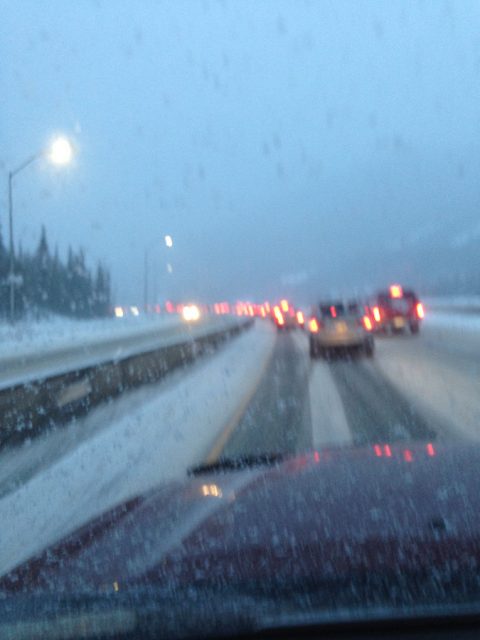 A familiar sight travelling I-70 in the winter.

On the way to southern Utah, I stopped at the Crystal Geyser near Green River. 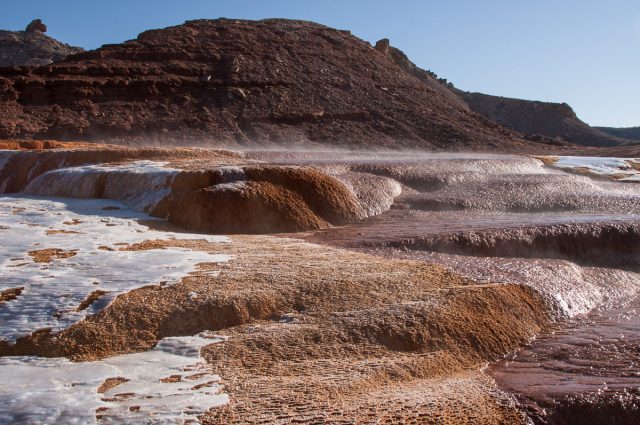 The Crystal Geyser is a cold water geyser with a water temperature around 62º F (17º C). But in the sub-freezing temperature of the winter air, the water steams.

I’ve been to the Crystal Geyser before.  It’s not a natural geyser, as the geysers are in Yellowstone. This one was created accidentally when drilling for oil back in 1936.  It’s nothing but an old rusty pipe sticking out of the ground. 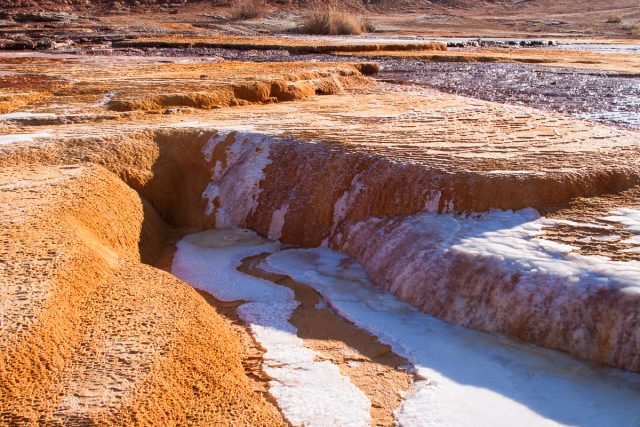 It wasn’t erupting when I stopped by. But this made the photography more interesting because ice had formed from the previous eruption (probably sometime during the night).  One of these days, I’d like to camp at the geyser so I can witness a proper eruption. 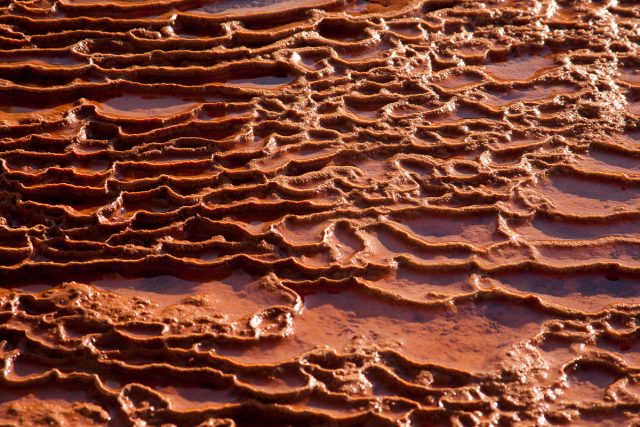 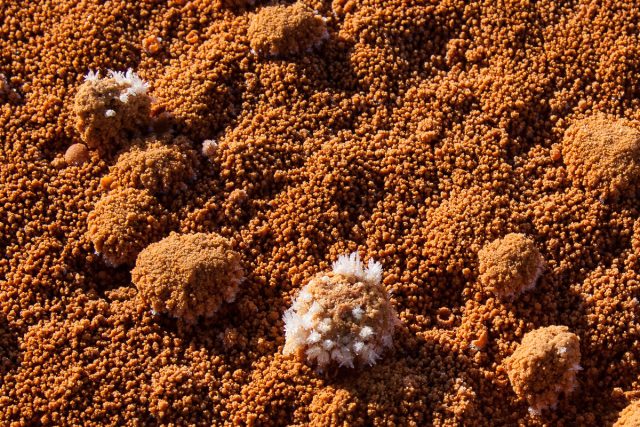 The sun in southern Utah was sparse. But again, it provided for more scenic photos.  Actually some of these photos might be from extreme north-western Arizona near the Virgin River and Beaver Dam Wash.

Near the Virgin River Gorge 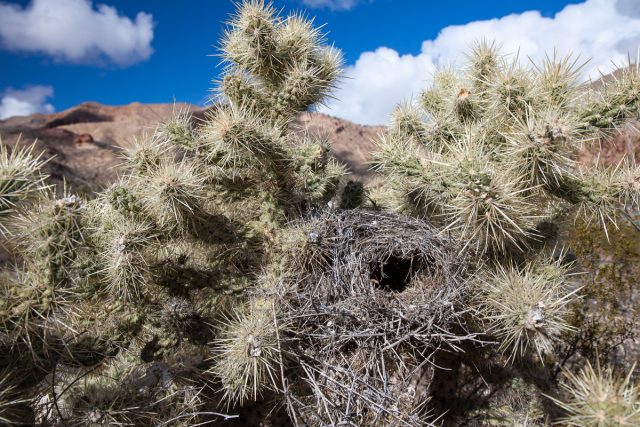 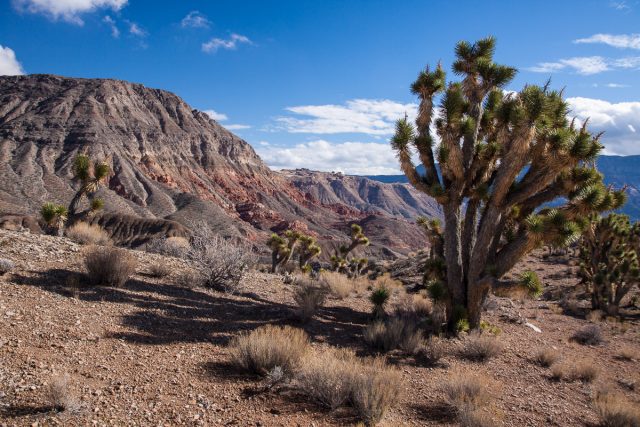 It seemed like a pretty short trip, which included going to an art museum featuring artwork about our national parks, visiting a restaurant on a cliff overlooking St. George, and last but not least, hanging out with friends.

It’s time I get back to my commitments. Perhaps my new year’s resolution should be “Just Say No”.  Nah…