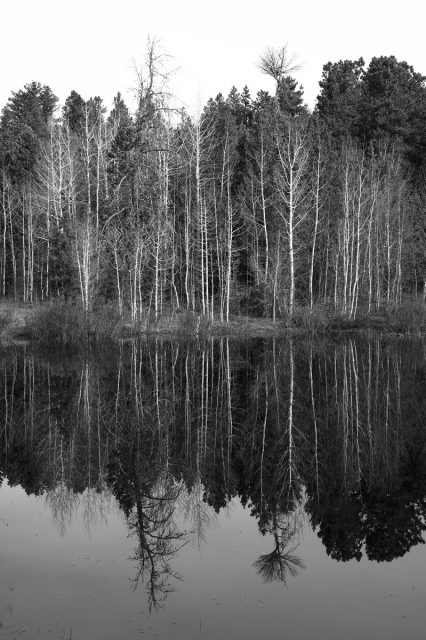 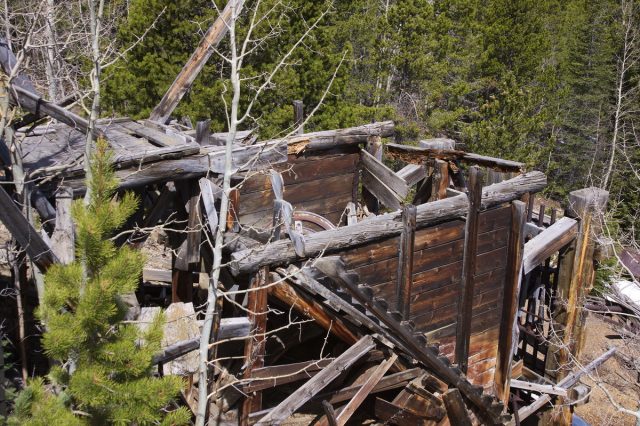 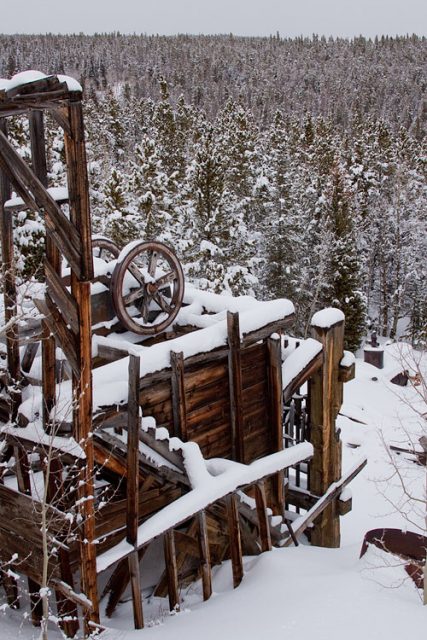 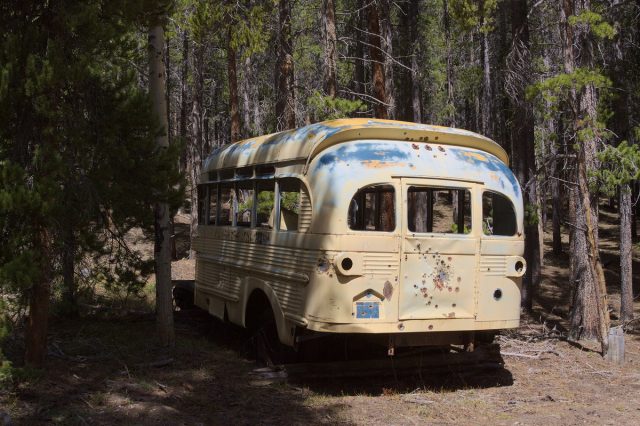 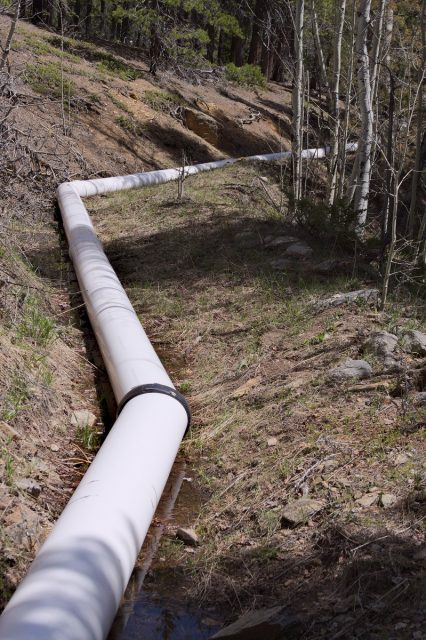 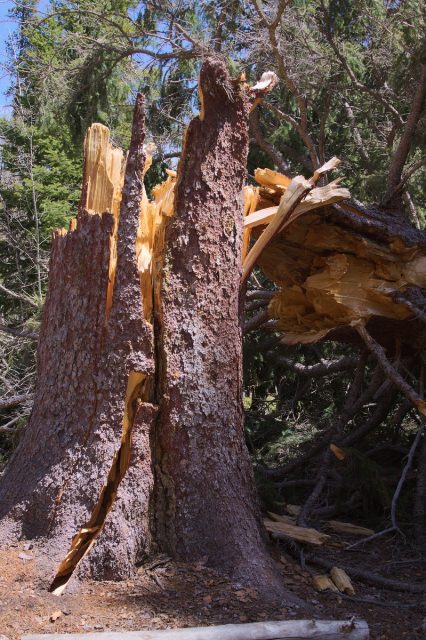 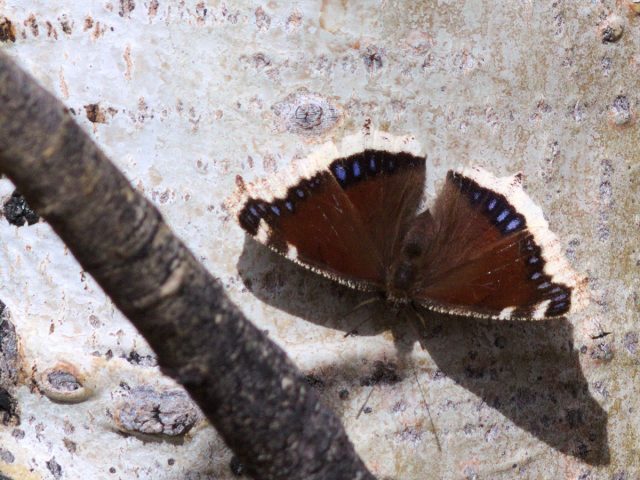 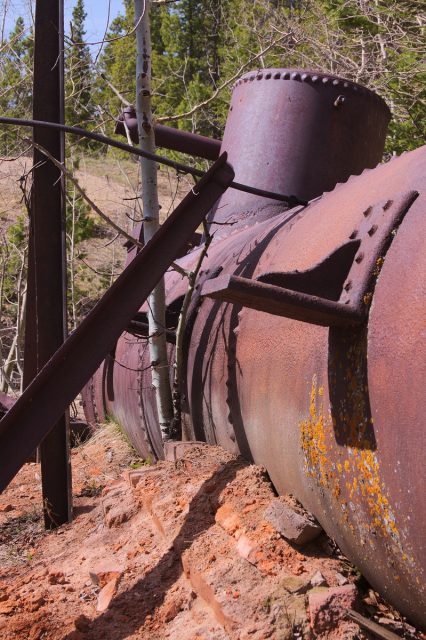 I was hiking in the tundra a couple of weeks ago and spotted a tailings pile coming out the side of a mountain off in the distance.  It was directly below an old mine I already knew about.  I made a mental note to explore that area on a future date.

That future date arrived and I went exploring.  Given that it is located near a heavily traveled trail, I didn’t expect to find a hole that you could drive a Corvair into. 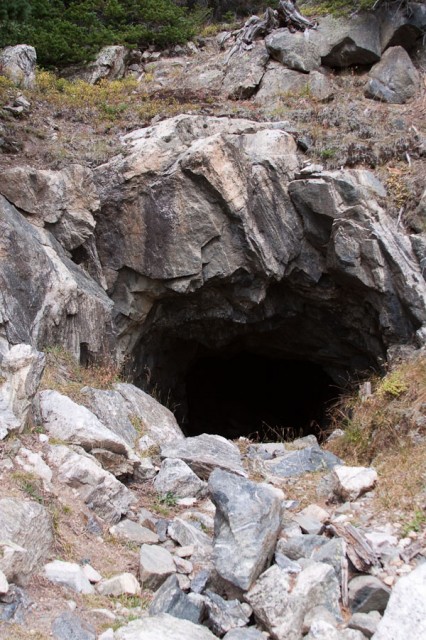 Entrance to lower Forth of July Mine.

I didn’t have a flashlight with me.  But even walking in a little way, taking a flash picture, and cranking up the brightness, I still couldn’t see the end. 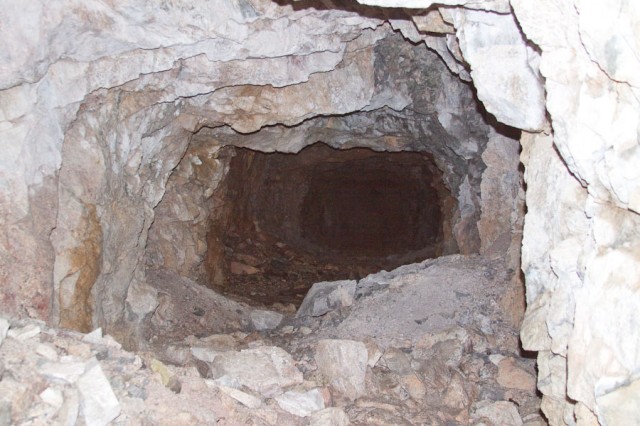 Not sure how far it goes

It looks stable, so perhaps with a bright flashlight I’ll go in a bit further on a future hike.  I suspect it joins up with a vertical shaft that is running down from 500 feet above.  I’ve previously explored the shaft from above and it’s closed.  The amount of tailings in front of this entrance indicates quite a bit was excavated.

Around the entrance was the requisite old rusting machinery and boiler. 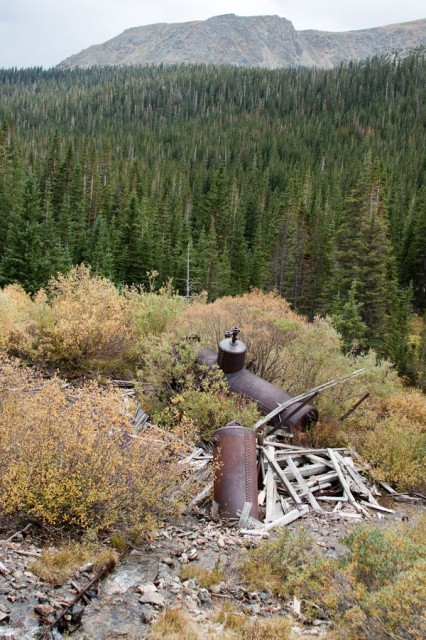 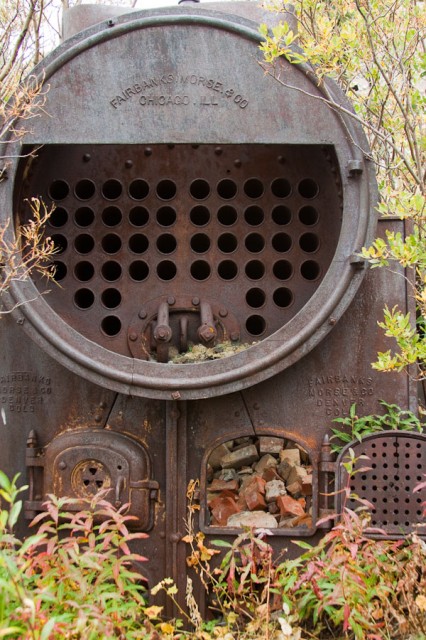 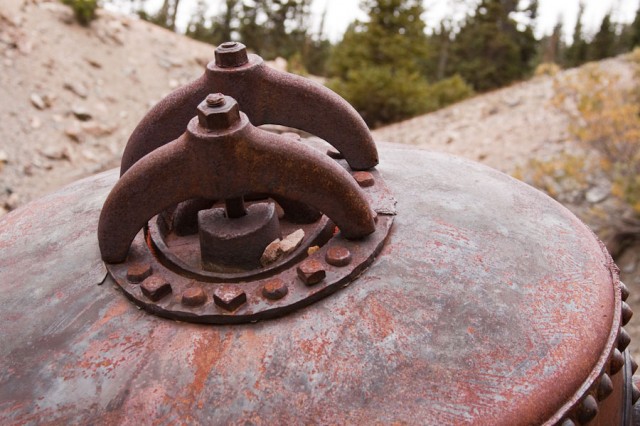 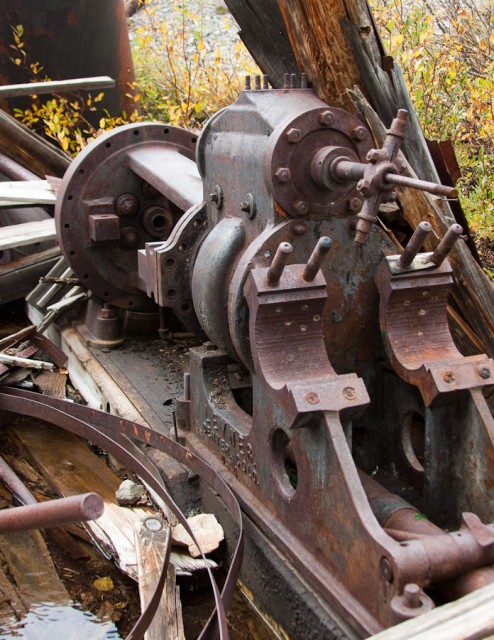 What's left of the steam engine and compressor. 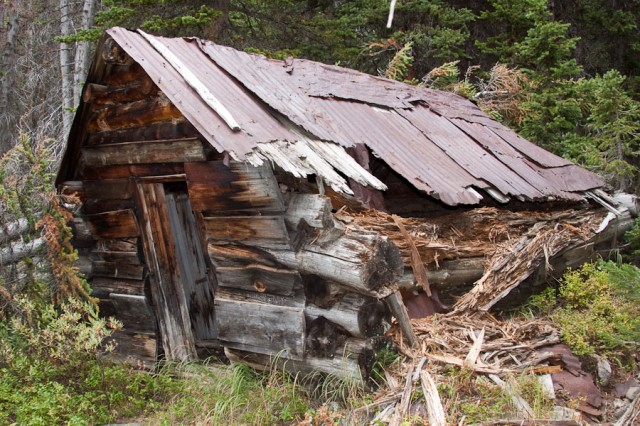 There were numerous sites where old cabins stood.  One was probably the mess hall with a very large wood cooking stove still in the center of it.  What I found interesting was there were steam pipes leading to each cabin site.  Did they use the steam for heating?  Maybe. Typically mining camps would use wood stoves but perhaps this one was different.

It was well overdue for an outing with Rob and Sherrie.  We normally do this monthly, but it’s probably been 6 months or longer.  And as we often do, we set off to places none of us had been before to discover the mining history of the area.  But if anyone had asked, we were hunting for wild mushrooms and raspberries (which we found and ate).

We headed up towards Mammouth (or Mammoth, depending which sign or map we were looking at) Gulch in Gilpin County.  As we bounced and jostled up the 4×4 road, Rob kept an eye on the maps.  There was a “Y” symbol next to the road, which in U.S.G.S. symbology means an adit or tunnel.  So we stopped to explore what we couldn’t see. 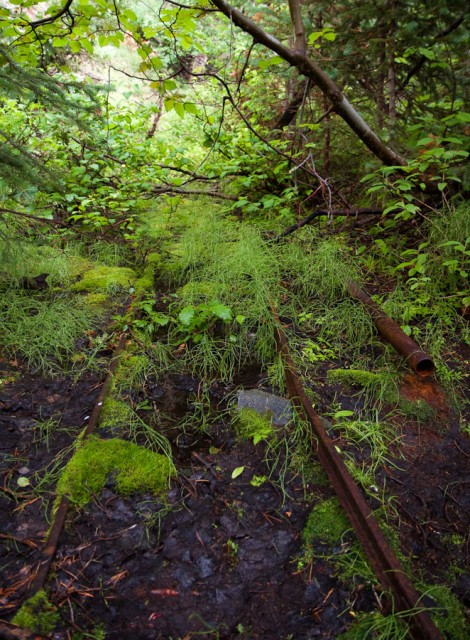