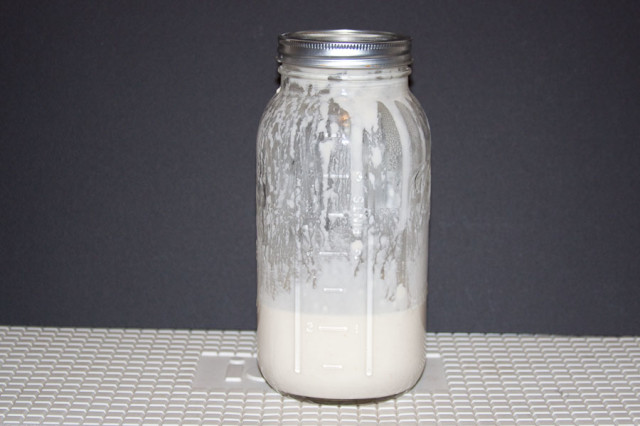 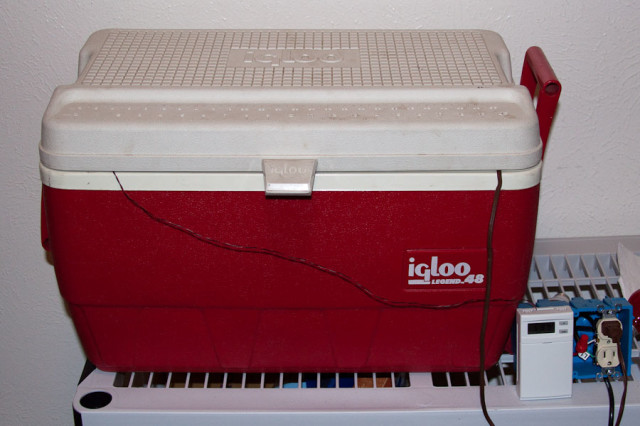 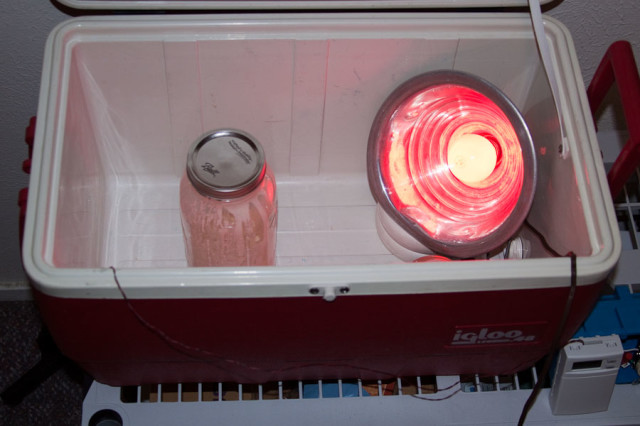 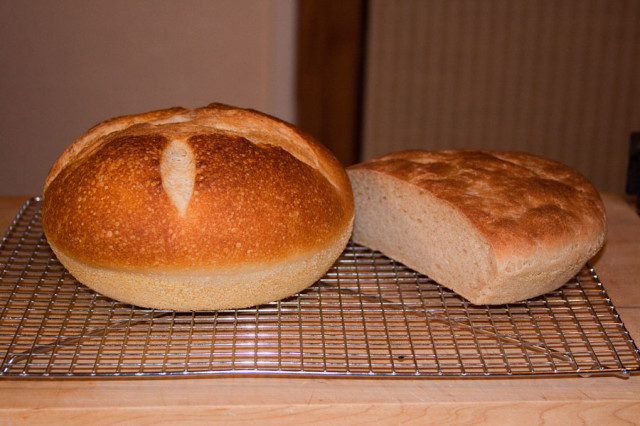 For a few years now, I’ve been toying with the idea of getting a smoker for smoking foods.  I borrowed a friend’s charcoal smoker a little over a year ago and I wasn’t pleased with the results.  On a cold windy day it was impossible to regulate the temperature.  It was either too cold or too hot and either no smoke or the woodchips were going up in smoke way too fast.  It was a constant battle.

So I consulted my neighbor across the road.  He had a Bradley electric smoker and he was pretty happy with it.  He said he just set it and came back a few hours later and pulled out the food.  I immediately came home and looked up the price on Amazon, and suffered sticker shock.  I also didn’t like the fact that it required special woodchip pucks for generating smoke.  So I put the idea aside.

Fast forward to this past spring.

I was repairing a pinball machine that was located in an enclosed patio.  Since the owner had ferocious dogs sequestered in the house, he suggested I come around the side of the house, through the backyard, to the back patio.  On the way I passed a smoker with a digital readout on top of it.  I repaired his pinball machine and as I was about ready to leave, I asked him how he liked his smoker.

So we got to talking and recounted our passions for smoked meat.  He told me that he picked up the smoker at a local branch of a large hardware store chain.   The seed was planted.

I was in a nearby branch of a large nationwide natural food store.  It is the largest of its kind in Colorado. There is a food court inside and one of the vendors sells hot smoked meat.  So I decided to try a whole chicken.  I brought it home and had just a wing.  It was delicious.

About a week later when I was down in the city, I stopped by the large hardware store chain and took a look.  Ew, still pretty expensive, but about 40% less than the Bradley.  I thought about it and thought about it again.

I really like handcrafted foods.  I bake my own bread (more so in the wintertime).  I can be fairly obsessive and passionate about what I create. The smoker seemed to fill a niche.  I like meats that are cooked slowly at low temperatures.

I took the plunge and loaded it up, along with bags of various types of woodchips for making smoke, and drove it home.  On the way, I stopped at a market and browsed the meat section.  I left with some baby back pork ribs, something I’ve never cooked in my life.

Once home, I learned that there was some assembly required for this “Made in China” smoker.  Well, many things wouldn’t align properly and assembly took much longer than expected.  Then I was required to burn it in for three hours to get rid of the manufacturing residues.  There would be no time for ribs that day.

During those 3 hours, I scoured the web for recipes and advice.  Over and over I kept coming across this “3-2-1” smoking method for spare ribs and a modified “2-2-1” method for baby back ribs (search the web if you’d like more info).  I learned you can pretty much smoke anything.

Due to the lateness of that first day, I found something I could smoke rather quickly.  Eggs.  I get the strangest looks (mostly disgusted) when I tell people that.  I boiled them in the shell for a little less than it takes to make hard-boiled eggs.  Then carefully peeled them, applied some seasoning, and put them in the smoker for 45 minutes.  They were excellent.  I’ve eaten them straight,  crumbled them in salads, and made egg salad sandwiches.   Smoked eggs will be a staple here.

There seems to be infinite combinations of dry rubs (spices that are applied to foods before smoking), brine solutions, along with the types of woods used to make smoke.   Lots to learn and try.  For example, Trader Joe’s makes a dry rub that contains ground coffee, something I would have never guessed, but it tastes good.

The following day I made my ribs.  They were succulent and tender.  Probably the best ribs I’ve ever had.  Before smoking, I cut them in half.  One half I thinly coated with molasses and the other half was coated with mustard.  A couple of different spice/herb mixtures was applied next.  For the smoke, I couldn’t decide among the five different woodchips I currently have, so went with a 50/50 mix of apple and hickory.

Earlier this week, I used some maple wood and smoked some whole potatoes.  They turned out well,  a little leathery on the outside, but they weren’t very fresh to begin with.  I’m looking forward to trying them again.

The purists might scoff at an electric smoker, but here at 8,300 feet above sea level, where the weather turns on a dime, it’s clearly the right choice.  During the 5 hours those ribs were smoking, it was sunny and warm, it rained, and the wind blew.  Meanwhile inside the insulated cabinet, the smoker maintained 225 degrees and the woodchips  burned and made smoke.

I have lots planned for smoking including tomatoes, pineapple, peppers, pears, lamb, chicken, shrimp and bison, just to name a few.  I’ll have to post some photos soon.

I got out for a hike today.  After the whining in my last post, I decided to dig my heels in and take some time off this week. 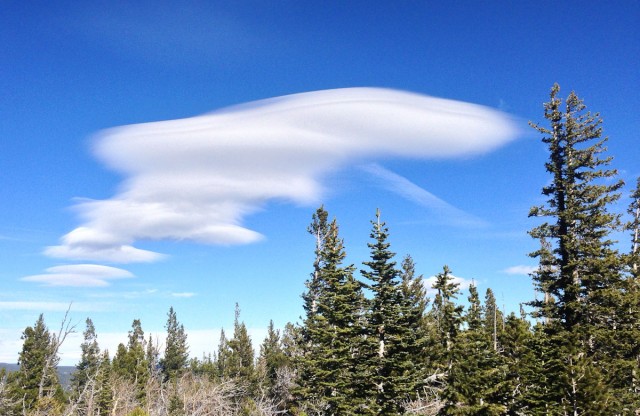 Another cool thing happened today.  I received some sourdough cultures I ordered. 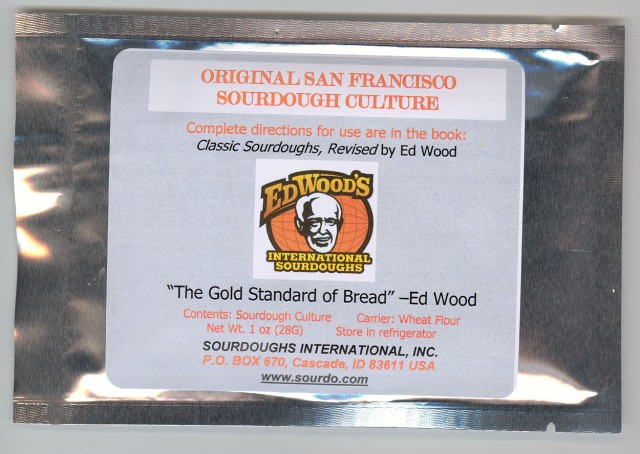 Regular readers may recall I made a lot sourdough bread during last year’s holiday season.   Last year I got the starter from Whole Foods.  But lately their sourdough bread has really gone down in quality, so I didn’t want to use their starter (although I think the quality issues are more related to their procedures). 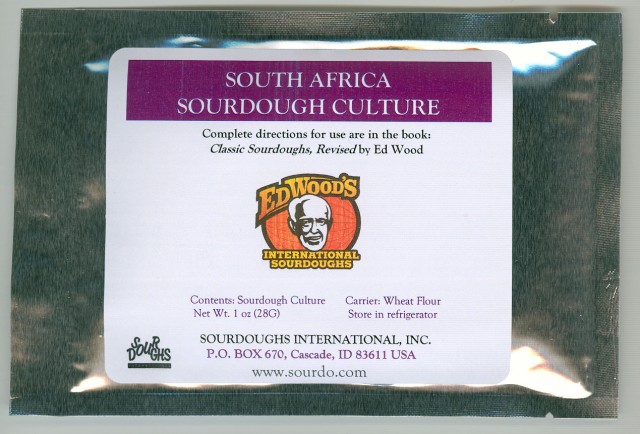 Searching around the internet, I came across Sourdoughs International which has a variety of cultures for sale.  So I decided to try a couple.   With my work load, it might be too much for me to use and maintain more than one culture, so I’ll have to choose one to start off with.

Although I use my oven and a candle to proof dough, I think I’m going to build a proofing box with a small electric heat source and a thermostat.  This will allow for longer, unattended proofs, as well as a place to keep my starter when it’s not dormant in the refrigerator.

The cultures are shipped dried.  It will take several days to get it revived. I’ll probably start off with the South African culture because it is based in a whole wheat flour, and that piques my curiosity.

One of these years, I will try and start my own Mountain High Sourdough culture.