This morning there was a total eclipse of the moon at sunrise.  The moon set in the west while the sun rose in the east. 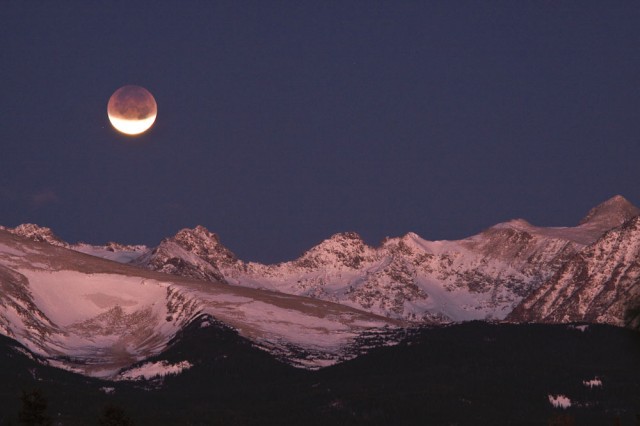 Sometimes I do things the hard way.  I could have just parked beside the road and got some decent photos.  No, I had to try and hike to a nearby mountain top through more than a foot of snow.  The early morning cold fogged my judgment and I left the snowshoes in the car.  It made for slow going. 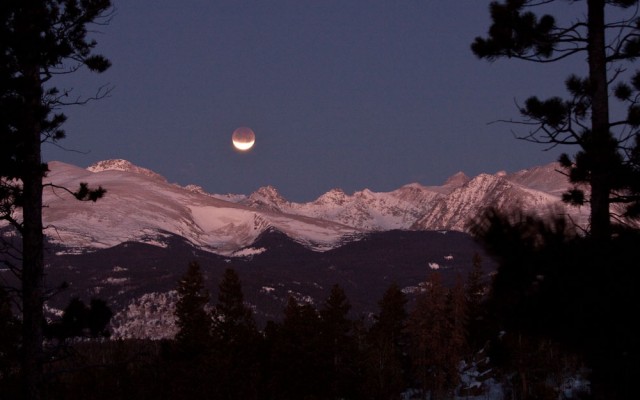 When it became apparent that the mountain top was still 20 minutes away and it looked like the moon was going to set before then, I stopped and found a clearing.  I never made it to the mountain top. 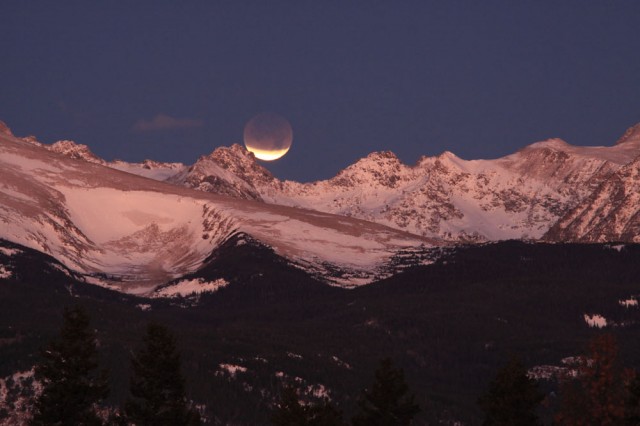 There was quite a bit of air pollution in the east and the sunrise was very red.  The snow in these photos is reflecting that reddish light from the east. 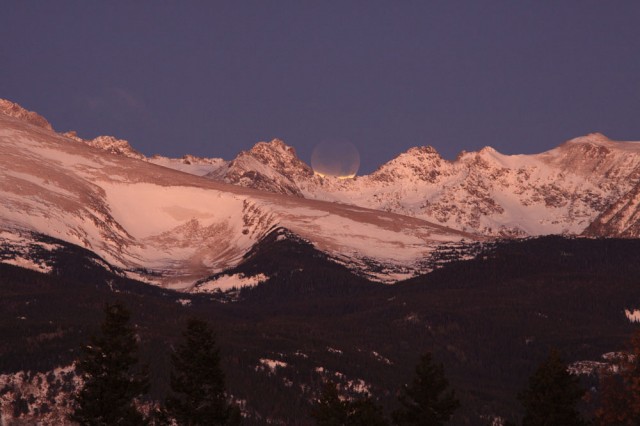 Due to the mountains and Colorado being a bit too far east for this eclipse, totality occured after it was below the horizon.