I was hiking down a nearby gulch after work last week, when I saw what I thought were the fingers of a leather glove sticking up through the snow.  When I took a closer look, I realized they were raptor talons.

I dug down through the snow and ice and uncovered an eagle.    This was next to a power pole.  I determined the eagle had been electrocuted when his/her wings crossed two of the wires.  The power pole even had a raptor guard on it, but that didn’t save this eagle.

I later confirmed that it was a juvenile bald eagle, a little over a year old.  It was a meaningless death that left me sad. 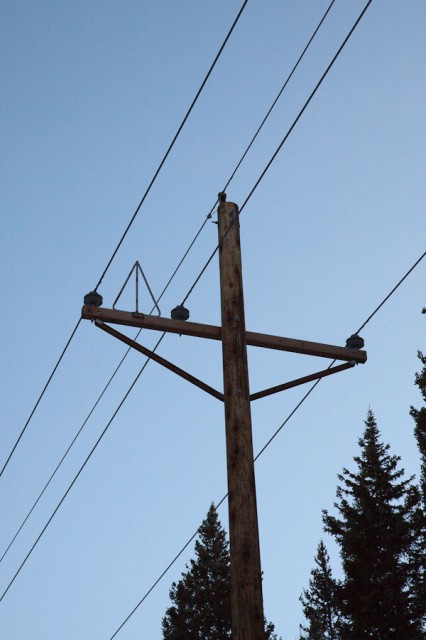 Power pole where the eagle was killed, with trianglular raptor guard on the left.