Time for a Seeburg Jukebox update.  I’ve been remiss in posting updates.  The restoration of the cabinet is finished (photos coming in a few days) and I’ve moved on and recently finished working on the record playing mechanism. 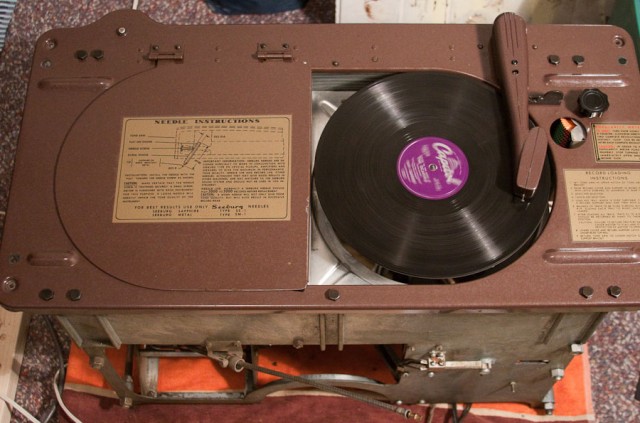 Mechansim playing its first record after being restored

Even though the amplifier is not ready yet and even though the mechanism is not mounted inside the cabinet, I couldn’t help putting a record in  and playing a song.

The mech had a few problem areas: 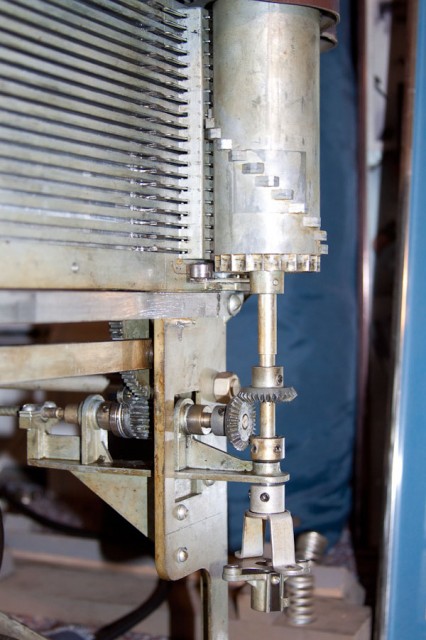 The clutch was frozen on the helix drive shaft.  It was one of many cases of grime build-up and required complete overhaul.  It’s working great now! 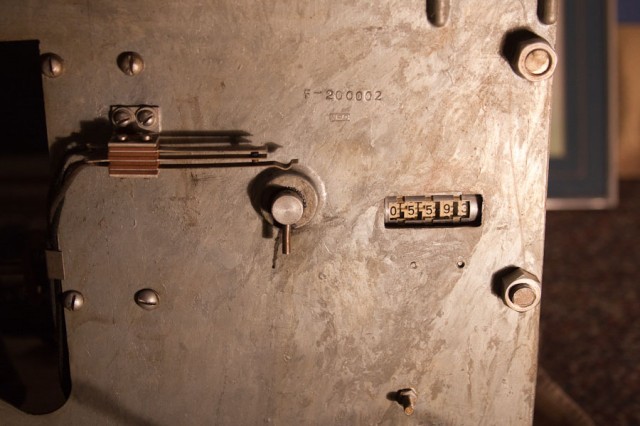 The play counter on the front of the mech had stopped working early in its life, just after 5400 plays.  I suspect the jukebox has more than 20,000 plays.   I debated whether to fix the counter since it’s not required for operation of the jukebox.  Once I determined that it could actually be fixed, I went ahead with it.  Sometimes when something looks simple, it’s not.  I spent two days just getting that damn counter to work! 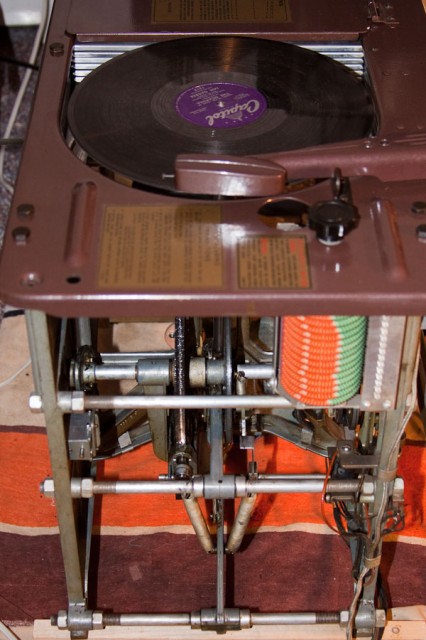 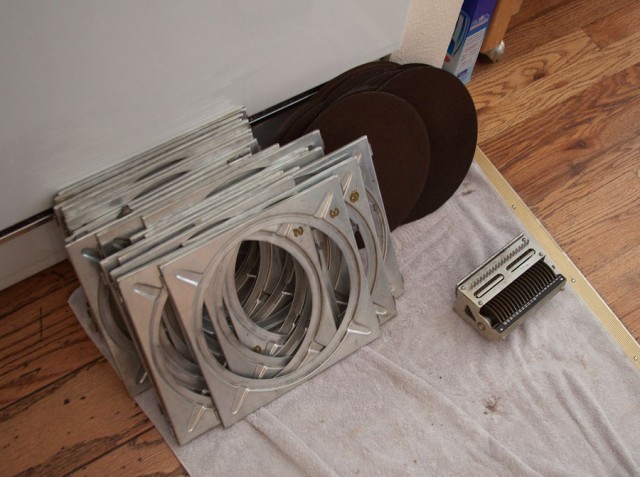 Each sliding record tray was removed from the mech for cleaning 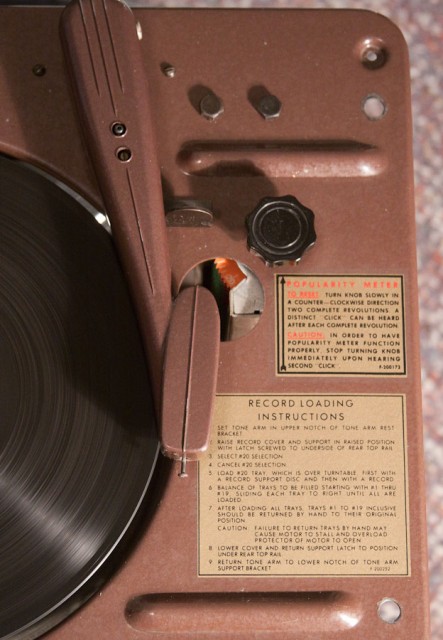 New reproduction decals replaced the old peeling and cracked decals on the top plate of the mech.

Other items not pictured that required work on the mech were rebuilding the motor coupling shaft, remove and overhauling the clutch on the main drive shaft, the latter of which was a major undertaking.

Next up on the to do list is to start working on the electronics.  As with everything, it needs a thorough cleaning first. 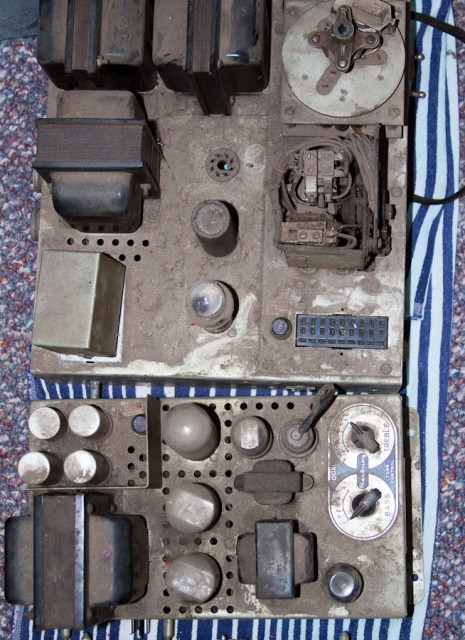 Grime and dirt on the selector unit (top) and amplifier (bottom)

See all posts related to this jukebox.