If you’re like me, you’re wondering why many of the train stations on this trip are named Union Station.  They were referred to as union stations because they served, and were owned by, more than one railway.  They have maintained those names for historical reasons.  This wikipedia article lists all the cities with a union station.

I hopped on Amtrak’s Pacific Surfliner at Oceanside. 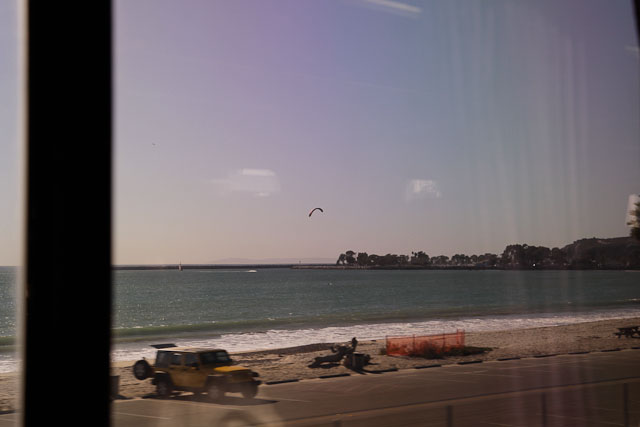 A para-glider lands in the water near San Juan Capistrano. 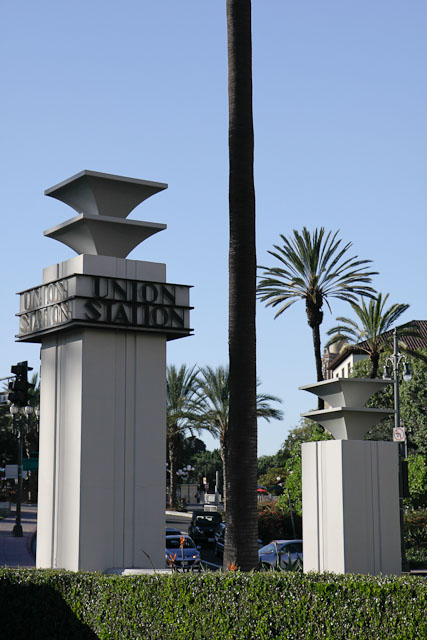 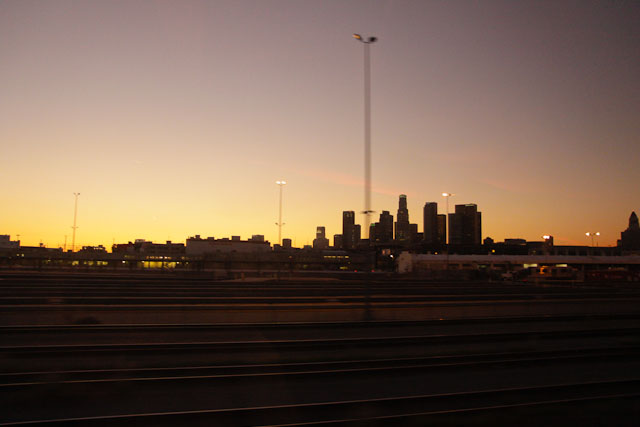 I am now on the Southwest Chief, heading slightly south before turning east at Fullerton Junction. This is looking back towards L.A.

It was a quiet ride on the Southwest Chief.  There didn’t seem to be as many passengers as the other routes.  The sleeper cars were near the front of this train. 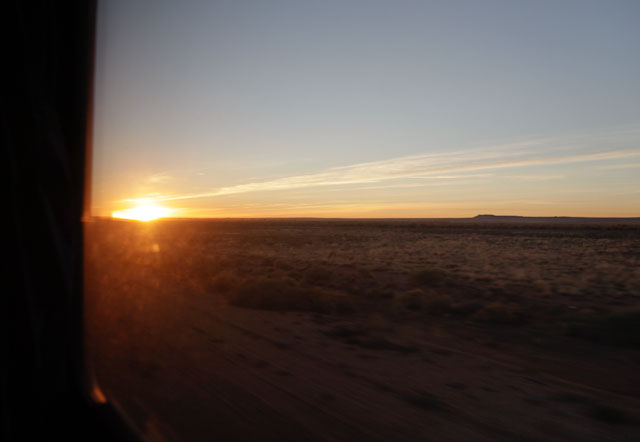 Sunrise in eastern Arizona. I was still lying in bed when I took this photo. 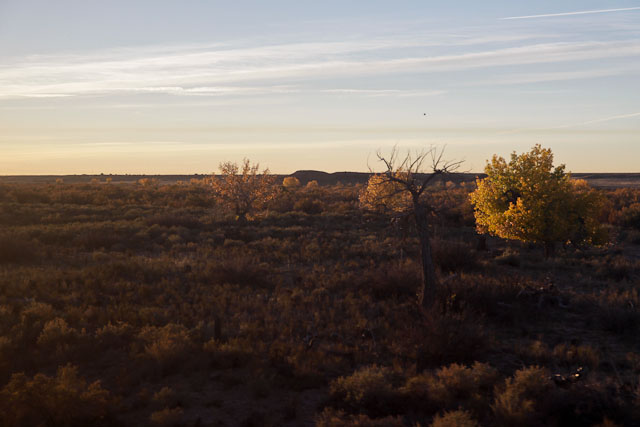 I love this landscape as much as the others. Some people on train mentioned how empty it was. It's not really. It's just understated. I probably saw more wildlife on this leg of the trip than any other: deer, elk, pronghorn antelope, ferruginous hawk, red-tailed hawk. 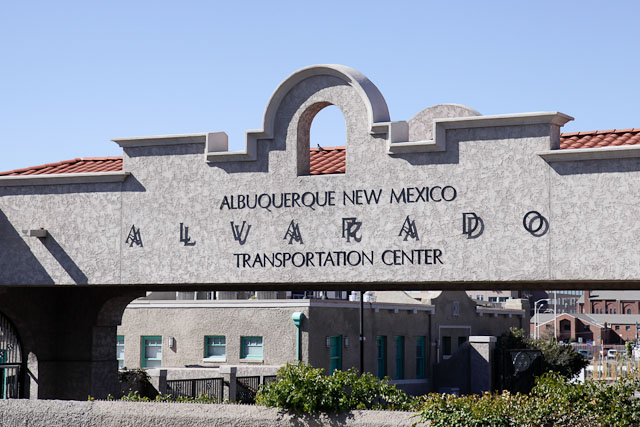 We stopped in Albuquerque, New Mexico for pit stop. 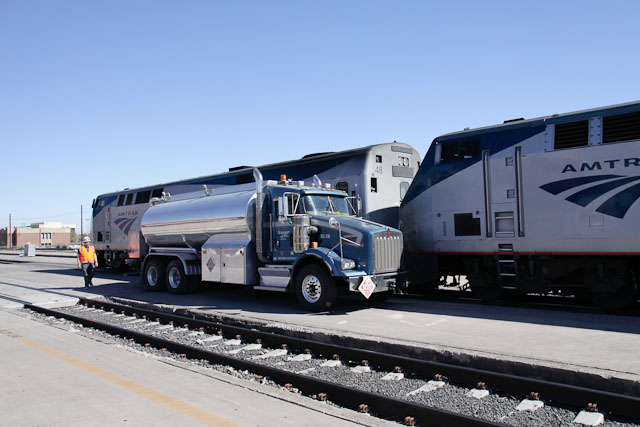 Fuel truck pulls up next to our locomotives to fill them up. 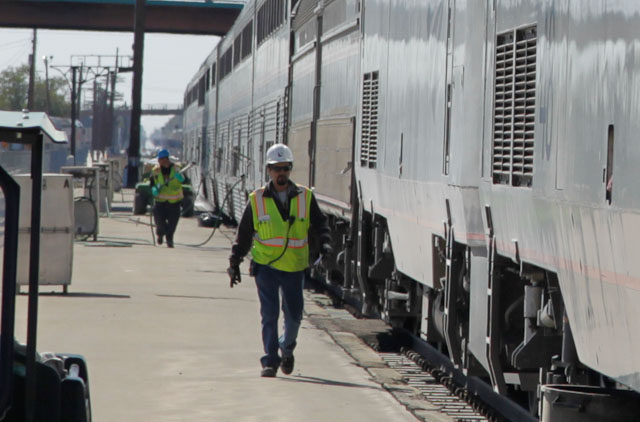 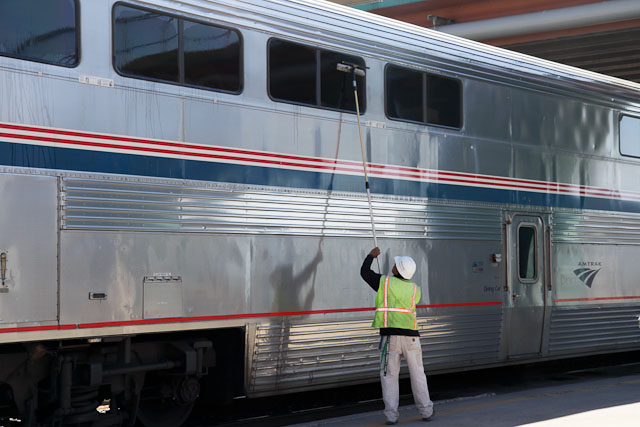 Even washing the windows. 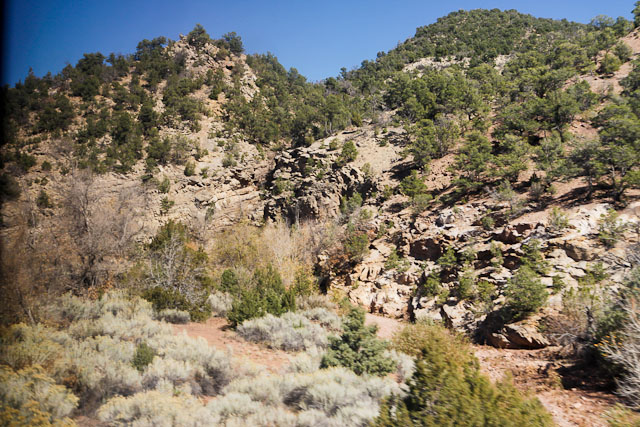 After leaving Albuquerque, the train heads into hilly areas and narrow but shallow canyons. 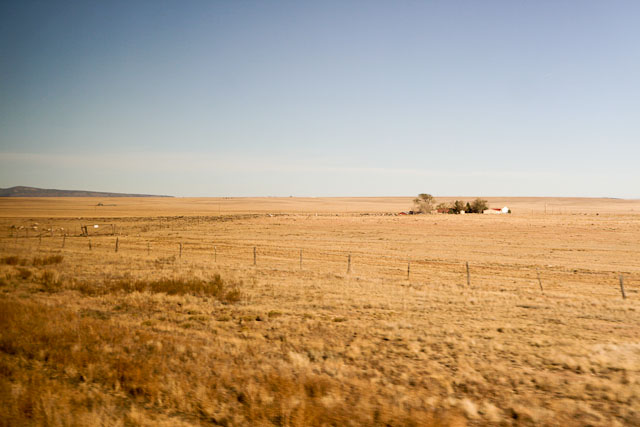 Then it emerges into shortgrass prairie.

My stop was Raton, New Mexico, where a bus waited to take a handful of us to the metro area of Colorado.  Four hours later I was in Denver.

It was a wonderfully relaxing trip, one I hope to do again sometime.  Maybe next time I’ll do the loop in the opposite direction.

I really enjoyed the sleeper car accommodations.  I’m getting too old to try sleeping in a coach seat.  And given that meals are included with sleeper cars, the cost was less than if I had driven the same route and had to pay for fuel, food and lodging.

I have only two criticisms of my train travel.

The first one had to do with the air quality in my sleeper car on the Zephyr, it smelled like the toilet throughout the entire car.  Considering that the other cars didn’t have this problem, something wasn’t right with the ventilation on that car.

The other criticism was the dining car manager on the Coast Starlight was way too hasty in trying to get people served and cleaned up before arriving in L.A.  It was to the point where he was shouting at the other staff, dropping dirty dishes (which splattered me), and detracting from the otherwise beautiful coastal sunset and the meal I was eating.