Dave met me at the train station and we headed over to Berkeley and got Kate.  There we had sushi and walked around downtown Berkeley and the college campus.  I saw some eucalyptus trees that rivaled the redwoods in height and girth.

The next morning, we headed into San Francisco on the BART.  It was a gray and drizzly day. 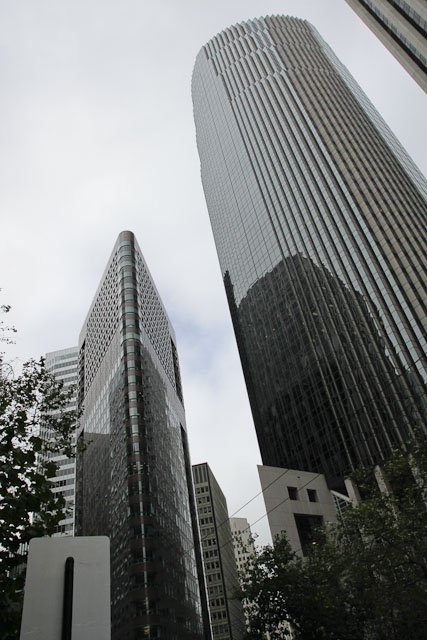 The first thing I saw when I exited the Embarcadero BART station.

Alcatraz Island. I would like to go there some day. 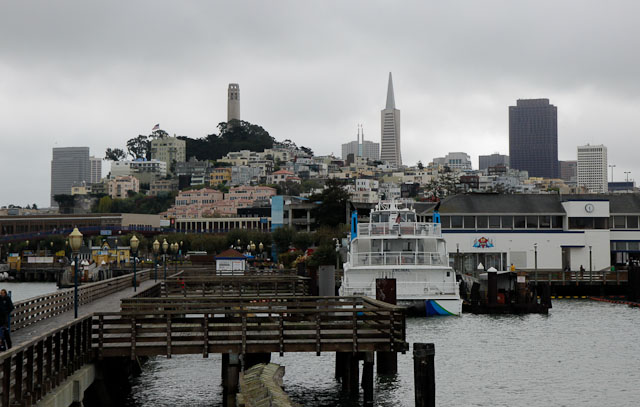 View of downtown from one of the piers. 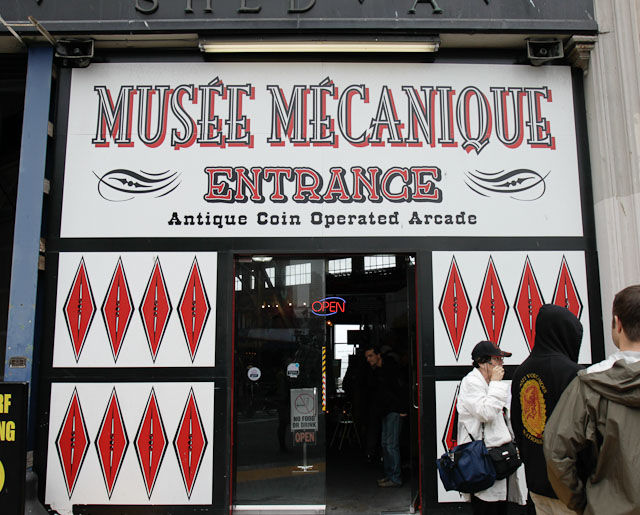 The other Dave said, before I arrived in California, "you fucking have to take Randy there."

The Musee Mechanique was loaded with antique coin operated devices.  Most of them were quite strange and I suspect that most were only half-working. 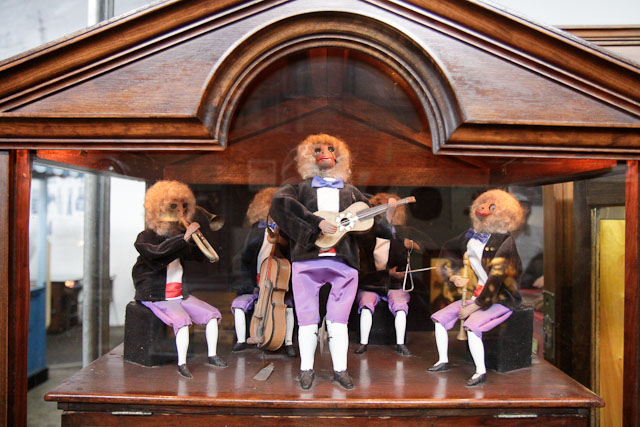 Put a coin in and monkeys dance and play instruments. 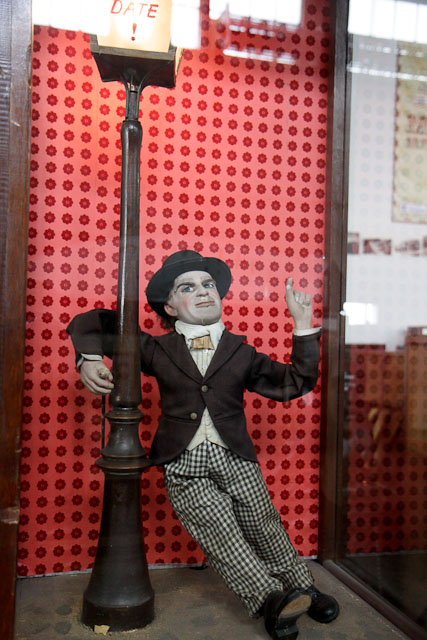 Put a coin in and a drunk guy moves a little. There were a lot devices that featured animated drunk people and executions. 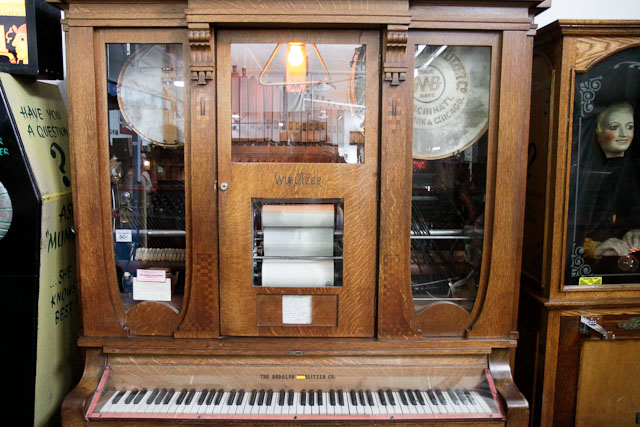 There were some Wurlitzer music machines that played music when you dropped a coin into them. 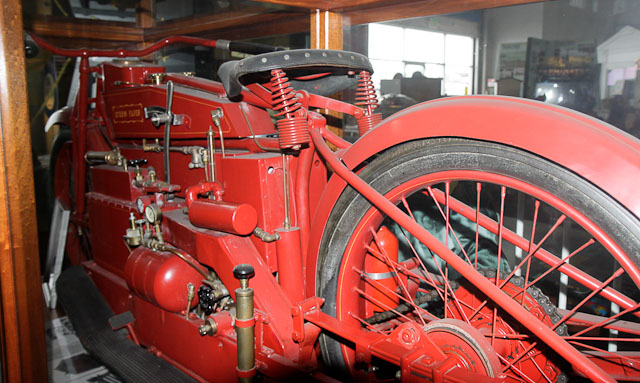 Unrelated to coin operated stuff, there was a steam powered motorcycle in a glass case. I'd love to fire that up. Apparently it works and is one of a kind. It is called the "Steam Flyer".

After eating some lunch we went to the Haight & Ashbury area and walked around.  Then headed over to the Golden Gate Park, where the Japanese Tea Garden is located. 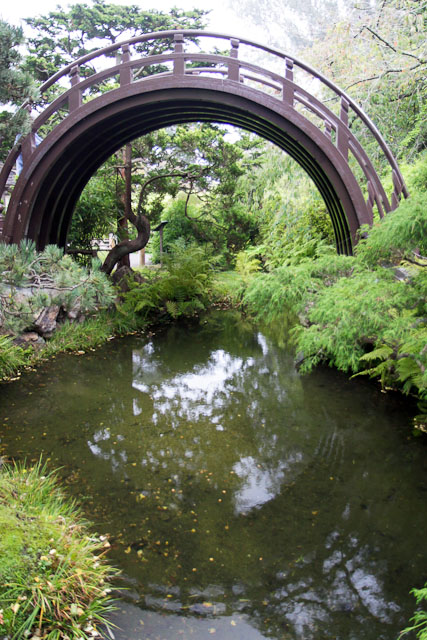 Very steep bridge over the water. 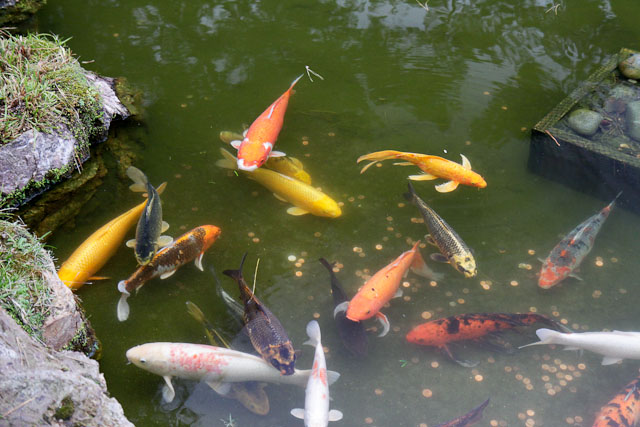 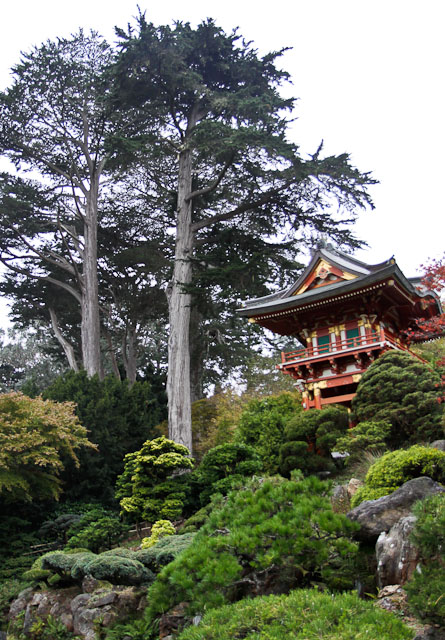 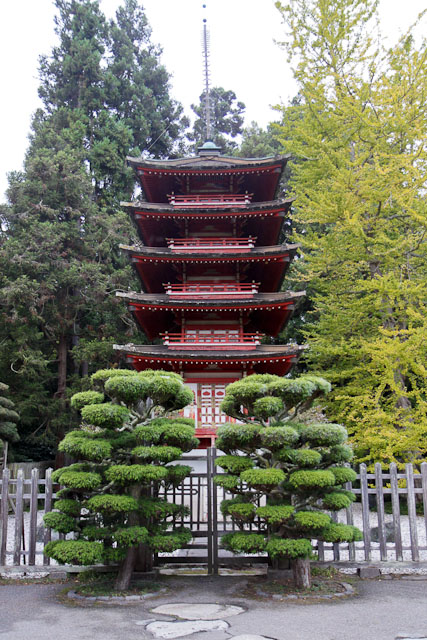 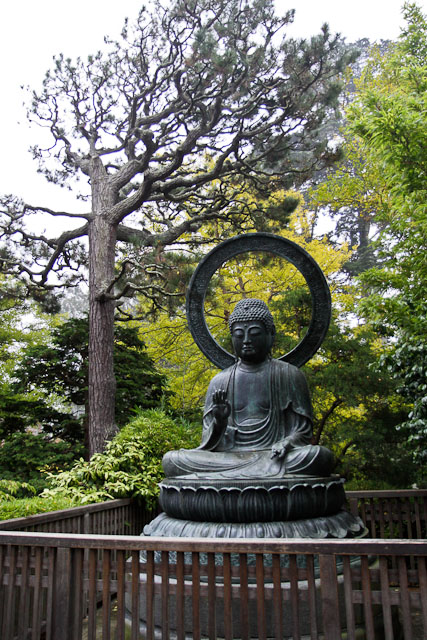 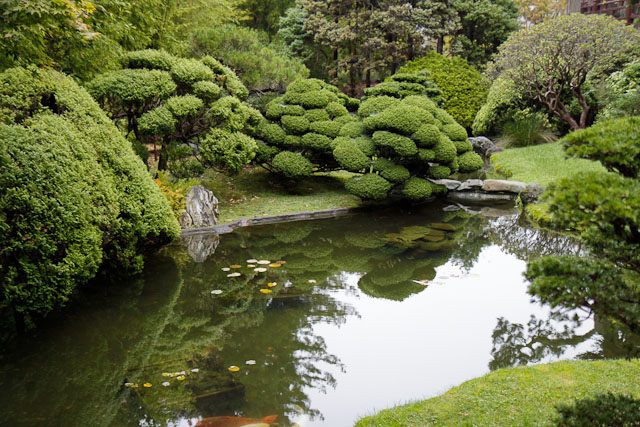 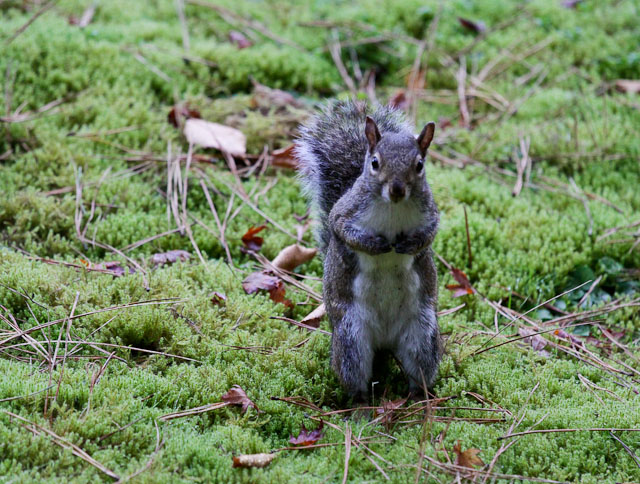 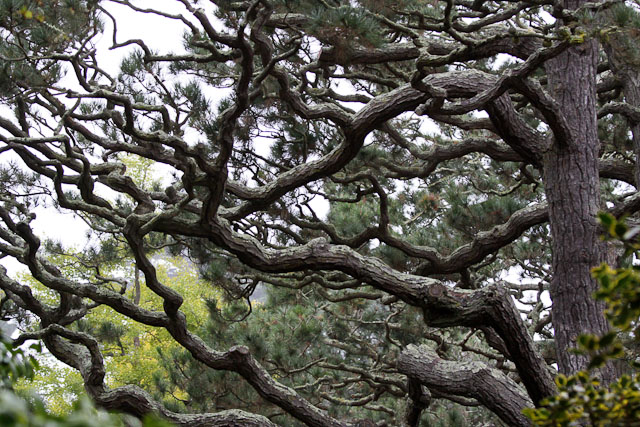 The next day, we were intending to head over to what I would call the NE bay area.  But we took a wrong turn and ended up going in the totally opposite direction.  But that was okay.  We ended up in the Marin Headlands. 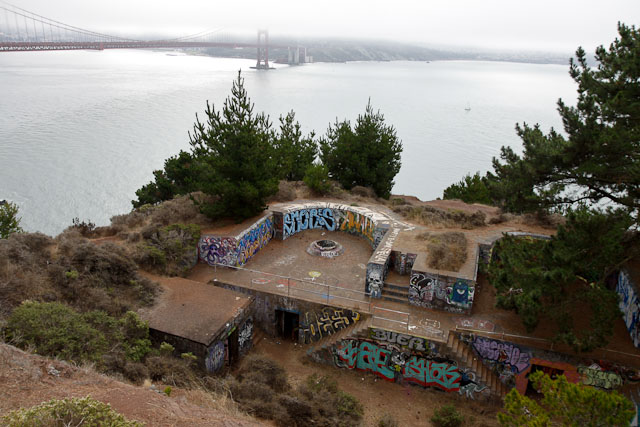 Battery Wagner with shrouded Golden Gate Bridge in background. A hundred years ago, before it was more efficient to protect the harbor with the Navy, cannons and guns were here. It's now an interesting collection of graffiti. 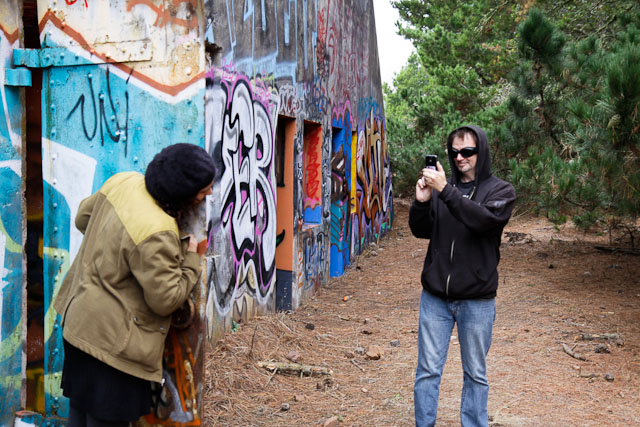 Kate and Dave playing around in the bunker 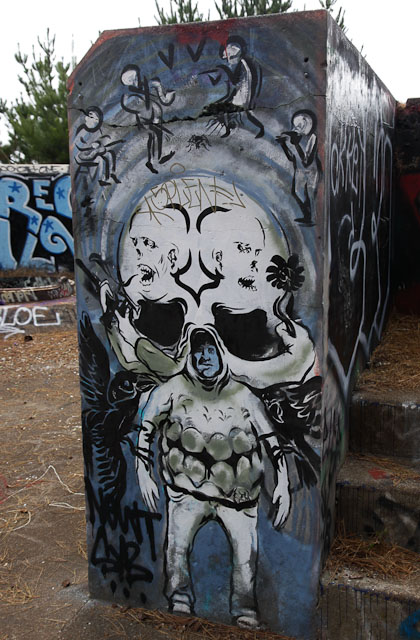 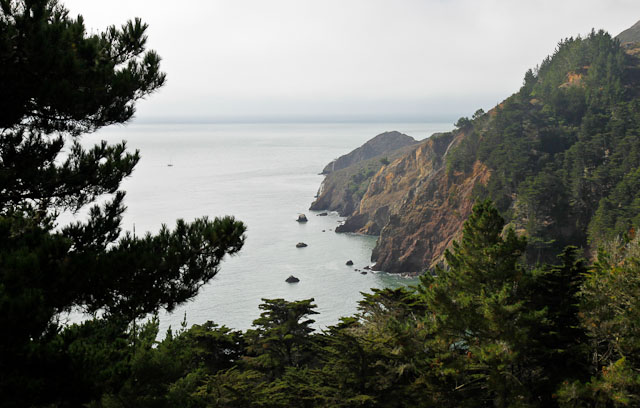 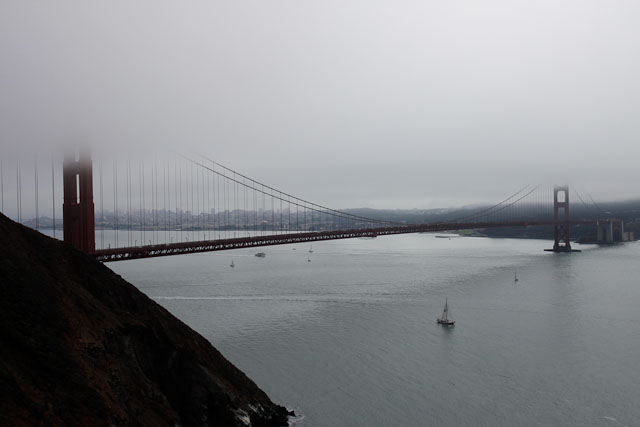 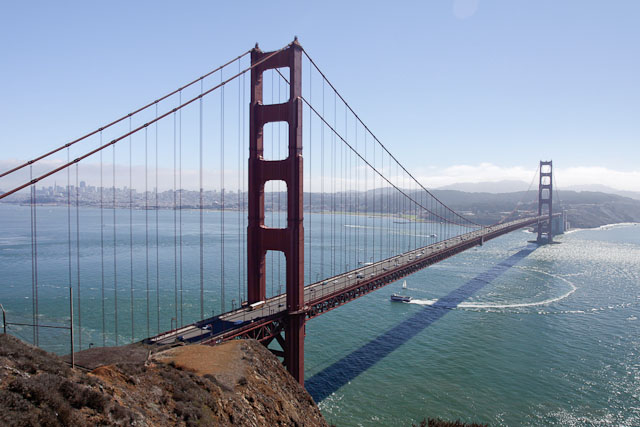 Now we are at Battery Spencer and looking towards San Francisco. 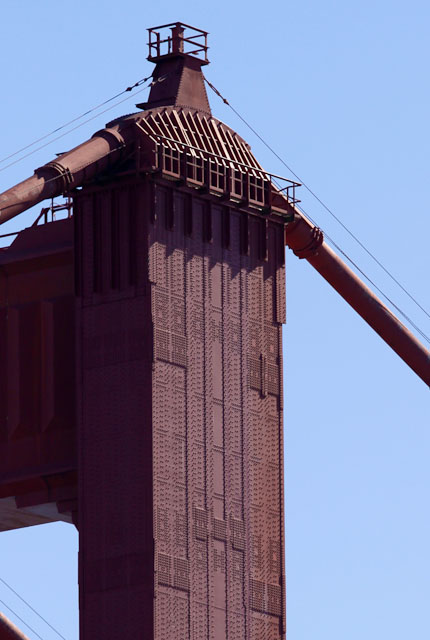 I was intrigued with the mechanics of the bridge and all of those bolts or rivets. 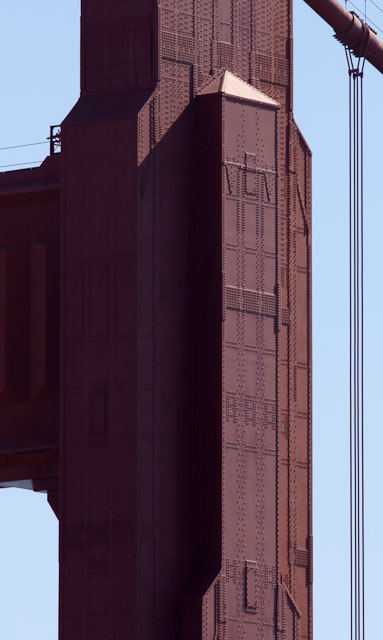 There must be an interesting underlying structure.

We ended up going over the bridge back into San Francisco.  We drove around various areas, sightseeing and eventually had a late lunch in the Mission district.

Then we headed over the Oakland Bay Bridge. 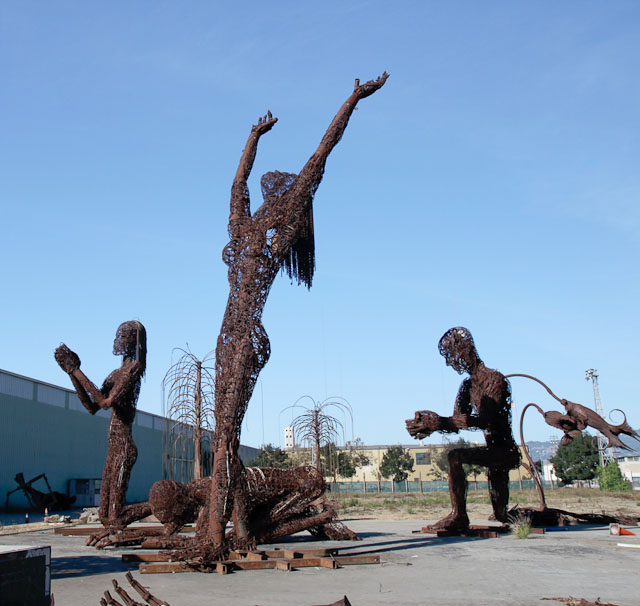 Large (huge) scultpures made from scrap metal. These sculptures are 2-3 stories tall. 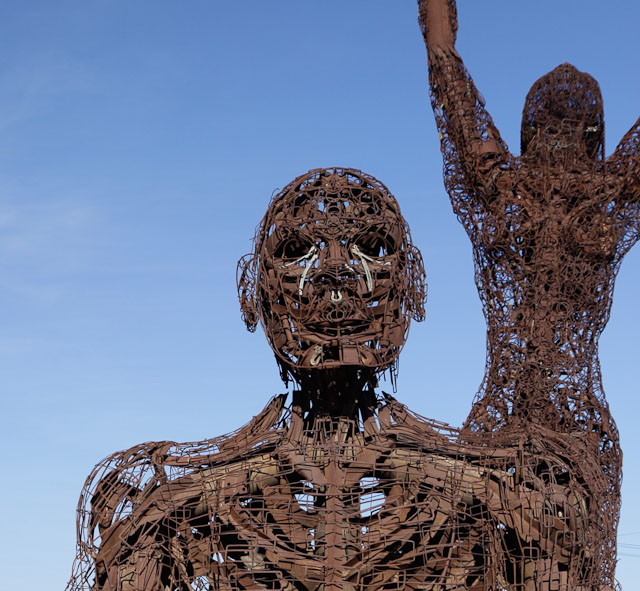 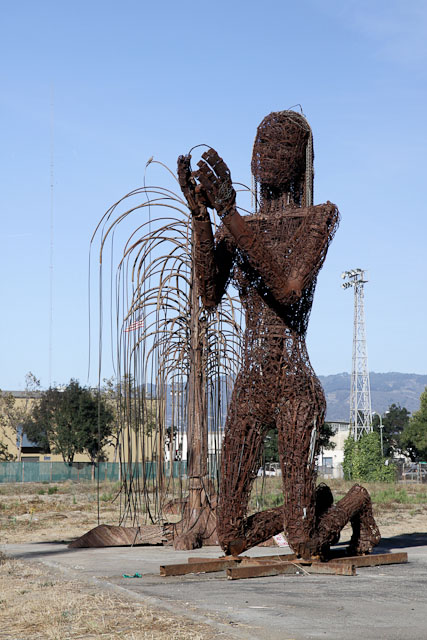 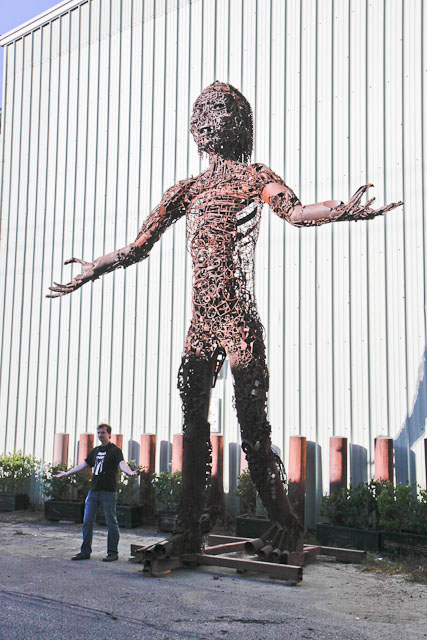 Dave is in this photo for size perspective. 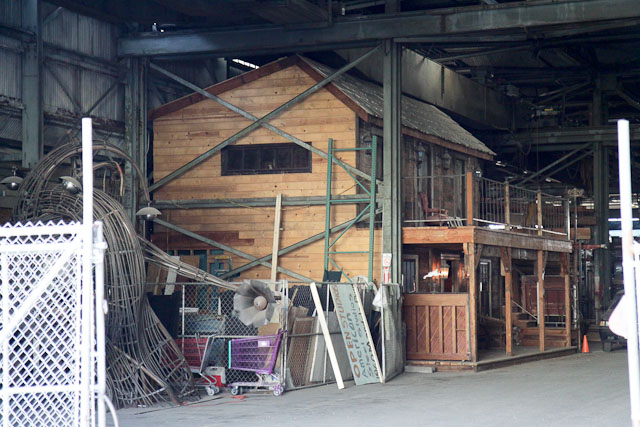 A two story cabin in a nearby warehouse.

We then headed over to the Pacific Pinball Museum in Alameda, where they had maybe 80 pinball machines.  We spent a couple of hours there.  I didn’t take any photos.  There are plenty of photos on their site.

The next morning I headed out on the Coast Starlight.