Work is still very busy, with both businesses.  I wish I had a little more time for the things I like, especially hiking and photography now that Spring is here.

Here’s what I’ve been up to (lots of photos and not much text):

Remember the big piles of wood, waiting to be lit on fire?  Here’s the smoldering remains of one: 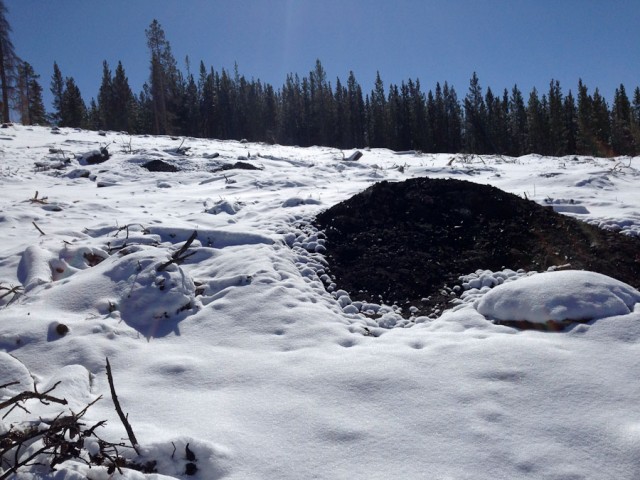 The slash pile is still smoldering after days. Note the heat has kept the snow melted.

They burned all of the piles over the winter.

Here’s a panorama from a snowshoe hike in early March:

In late March, I went on a work-related road trip.  I had some jukeboxes and pinball machines to repair in Oklahoma and Kansas, so I stopped in Texas for the Texas Pinball Festival. 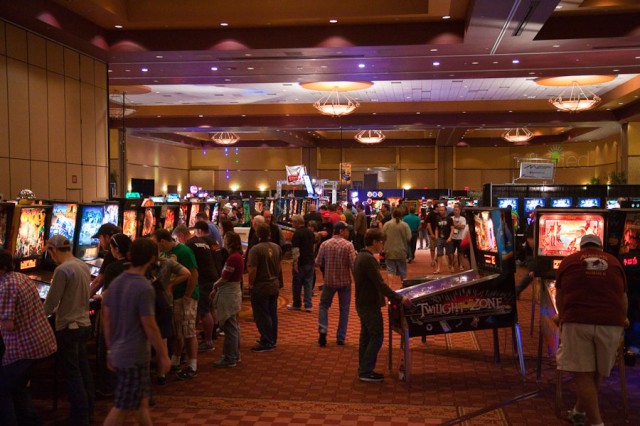 The Texas Pinball Festival was the largest pinball show I’ve been to. Over 350 machines in a huge hall. 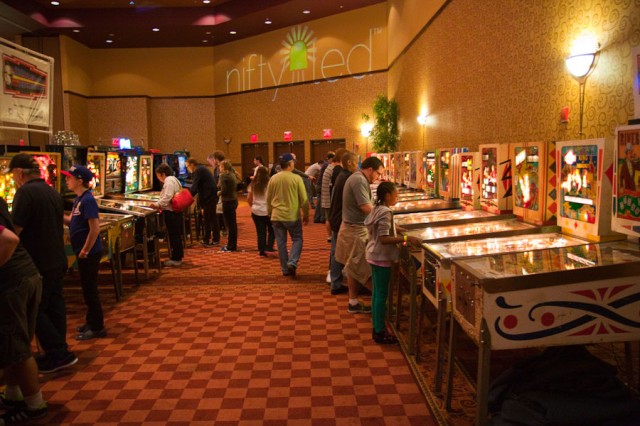 All the machines were set on freeplay. Here is a row of older electromechanical machines. 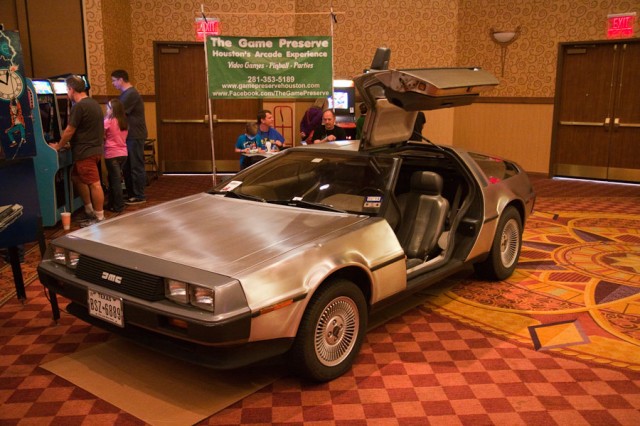 My favorite car. It was next to a Back To the Future pinball Machine.

On parts of the trip, I took the road less traveled.  This usually meant the older US Highway system that predated the Interstate Highway system.  Here is a little used rest area that probably was bustling in the 1950’s. 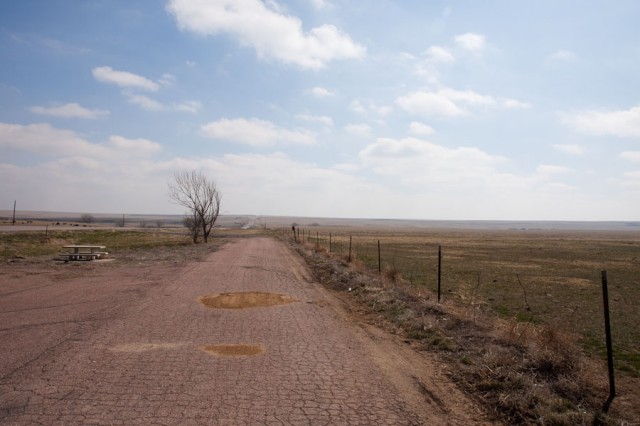 Route 66 was one of the more famous highways.  Imagine cars like this one cruising down the road. 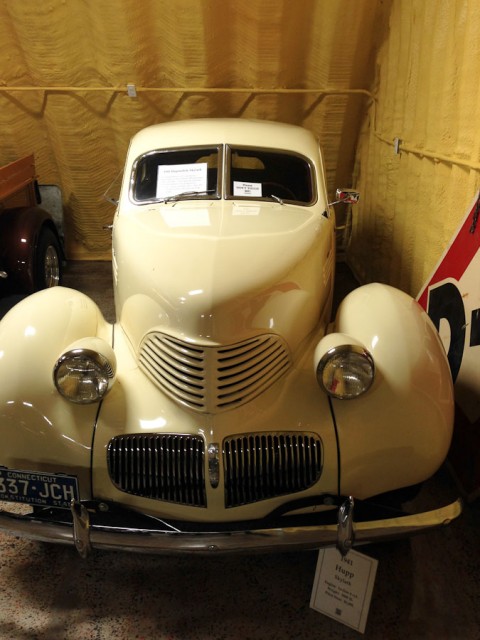 1941 Hupp Skylark. An old gas station turned into a car museum in the small town of Afton, Oklahoma. Old Route 66 passes through this town. 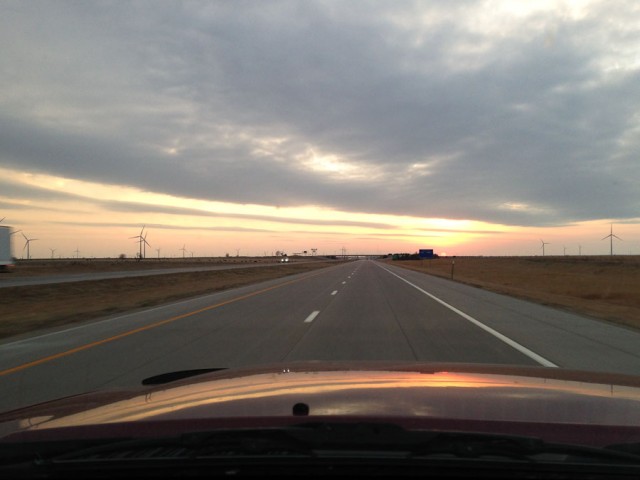 The old highways allow a closer experience with the scenery.  There are farms and ranches right along the road.  The Interstate in the photo above is void of all that for hundreds of yards on either side, except for the occasional windmill.

Back home, I’ve occasionally been able to get out for a quick hike after work.  Here is one of my favorite places near Boulder to hike.  The floods of last September turned this trail into a gaping 8 foot deep trench. 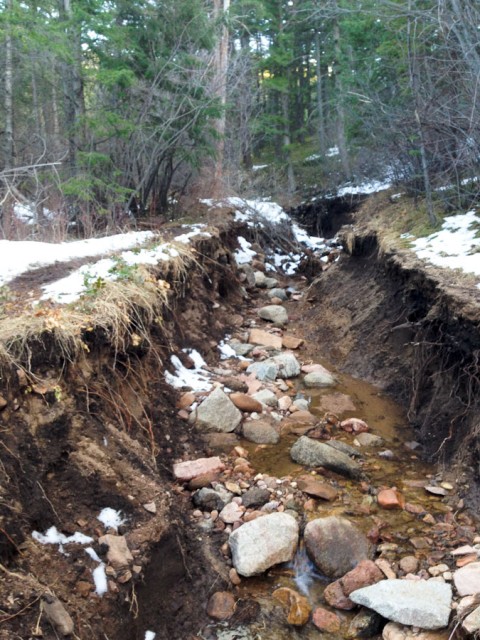 It was astonishing how the landscape has changed. 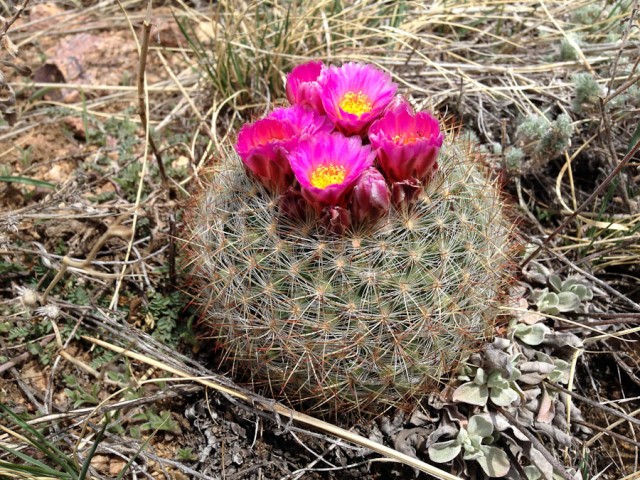 Things are starting to bloom at the lower elevations. 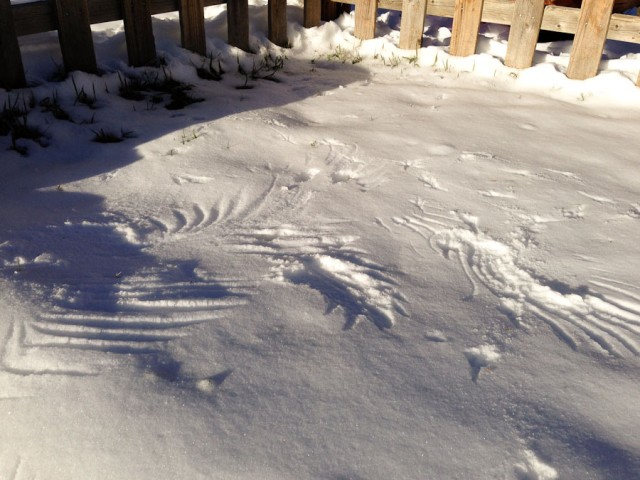 Wing prints in the snow from a Magpie.

And then there was a total lunar eclipse.  Unlike last time, the sky was clear. 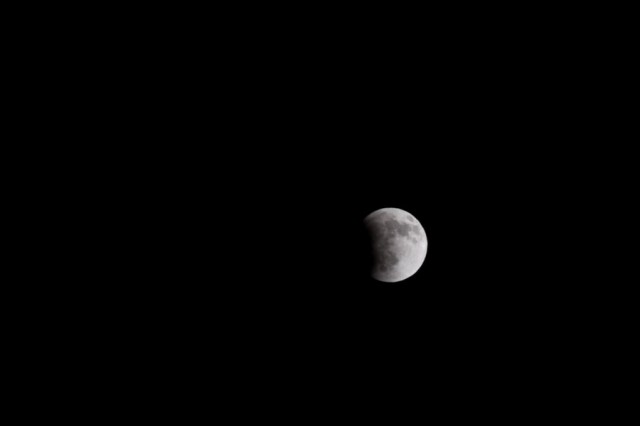 Early in the eclipse 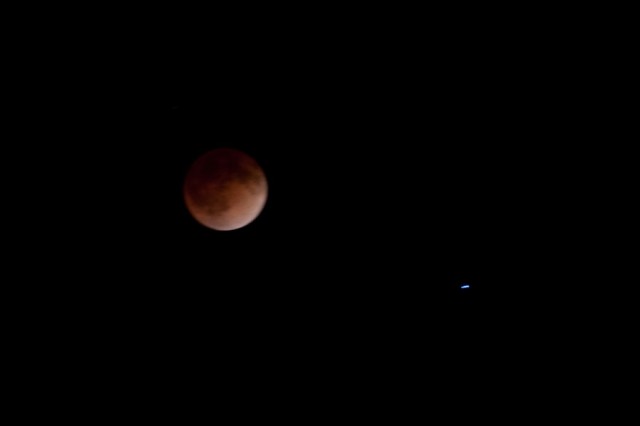 Near mid-eclipse. The line in the lower right is the star Spica. At these magnifications and long exposure times, the Earth’s rotation blurs things.

Looking at a varied blog post like this one, my life doesn’t seem so monotonous.   It feels like the opposite.  I’m having experiences, not not really feeling the experience.

2 thoughts on “In a nutshell”