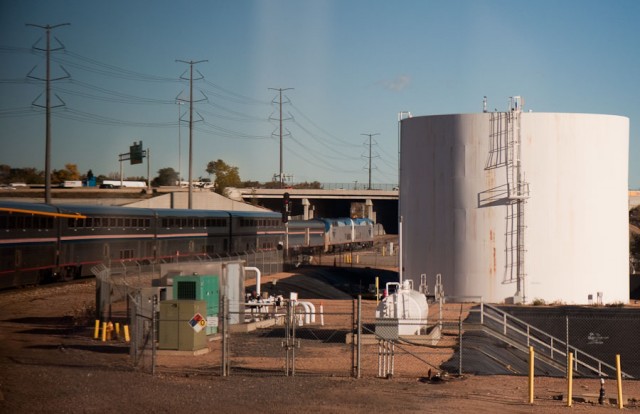 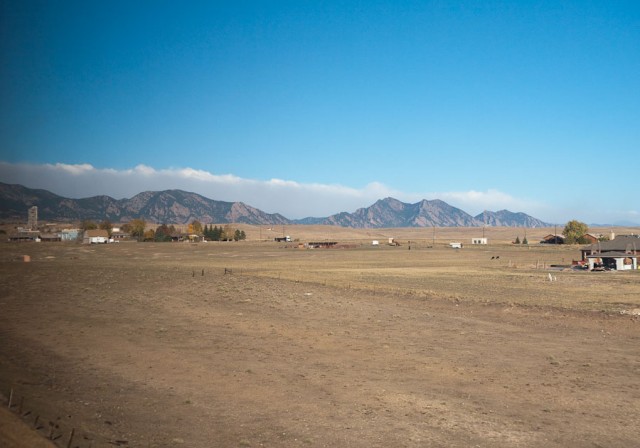 Crossing through Arvada, northwest of Denver, heading to the mountains. The higher mountains are obscured by the clouds. 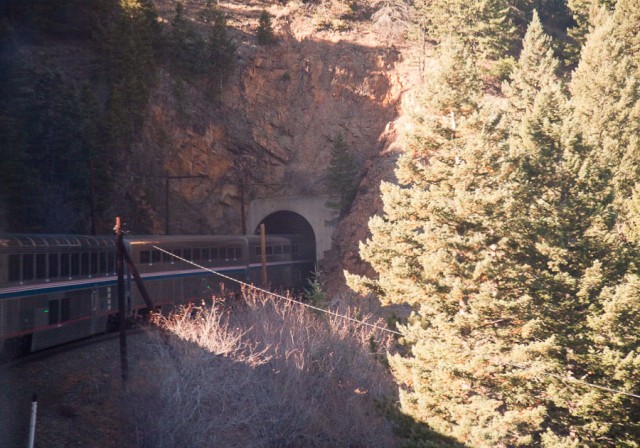 The train must pass through over 40 tunnels in the Rockies, including the 6 mile long Moffatt Tunnel under the Continental Divide. 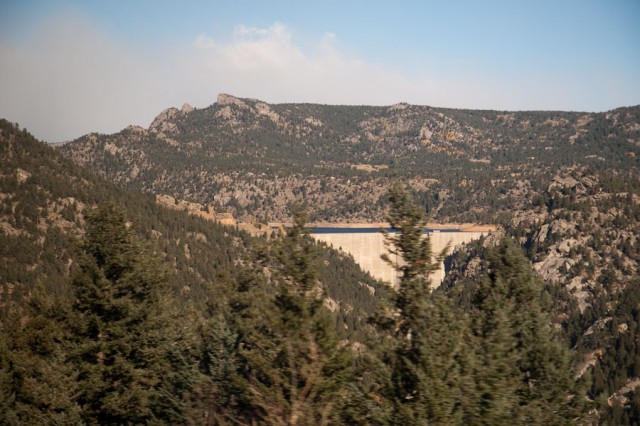 Gross Dam, with Gross Reservoir behind it. 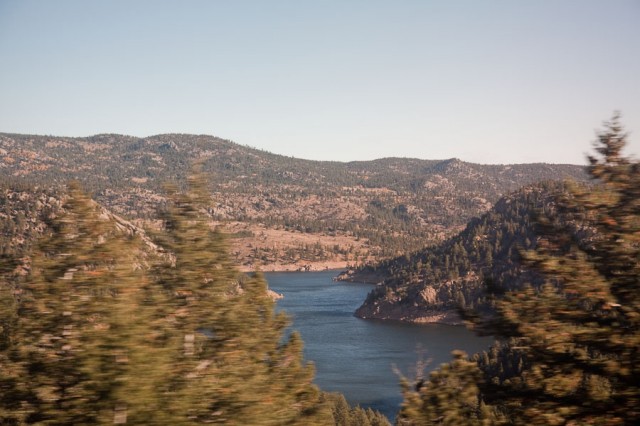 Gross Reservoir, one of the main water supplies for Denver. 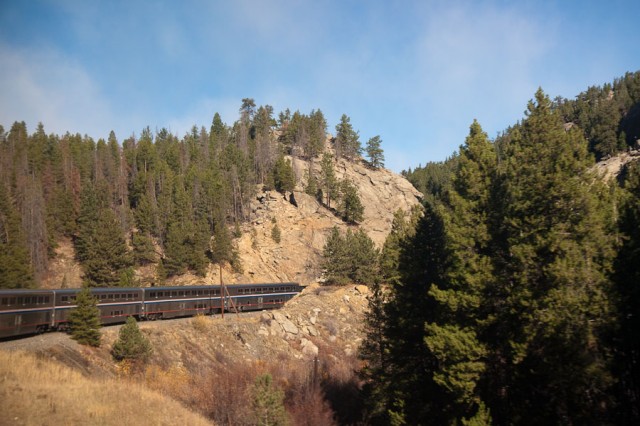 Continuing up through the mountains near Pinecliffe. 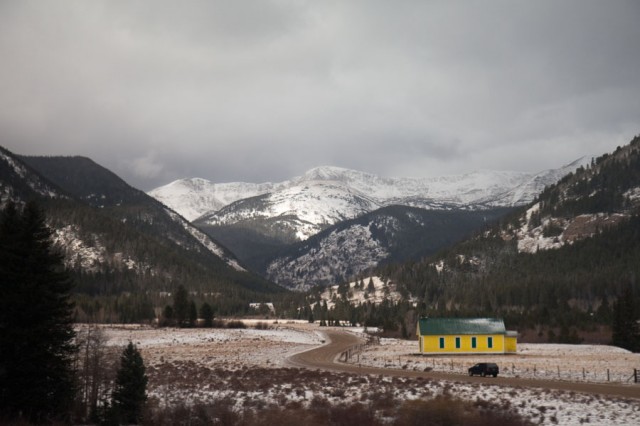 Tolland and the old school house. It's lightly snowing here. The tunnel under the Continental Divide is approaching. There are no photos of inside the tunnel because it's pitch black. 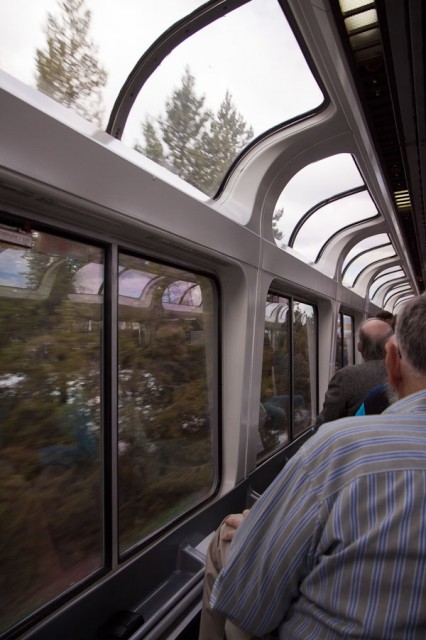 We have emerged out of the tunnel on other side of the Divide near Fraser. I have moved from my room to the Observation car. 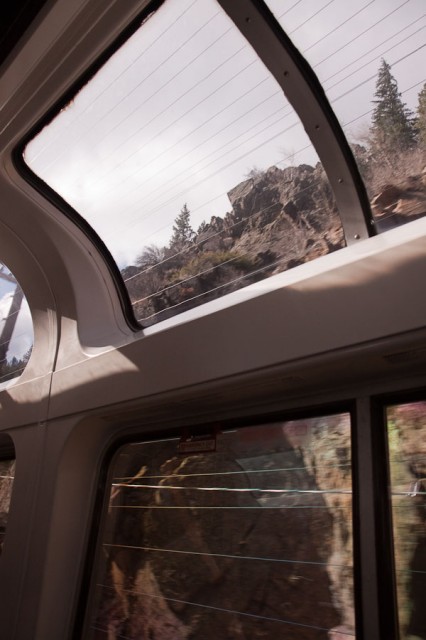 The windows up top are handy for viewing the steep canyon walls along the Colorado River. We are near Hot Sulfur Springs, Colorado.

Slowly descending in elevation, we pass golden fields along the river. 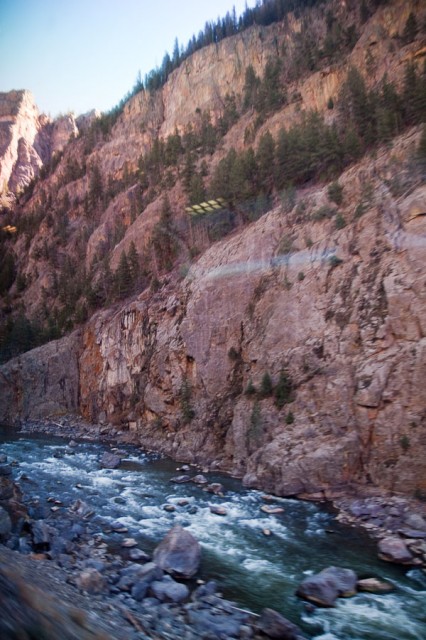 The steep canyon walls of Gore Canyon. No roads pass through here. Many places like this can only be viewed from the train. 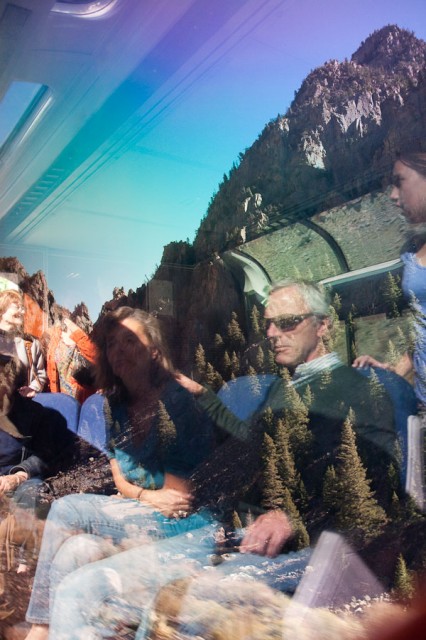 In this photo, I accentuated the reflections in the window using a polarizing filter. 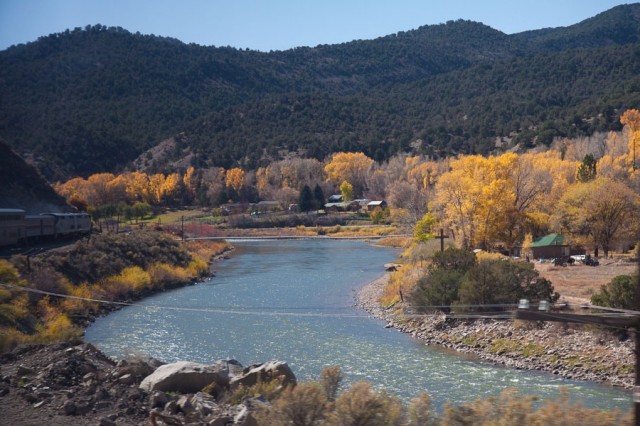 Getting closer to Glenwood Canyon and Glenwood Springs, Colorado. 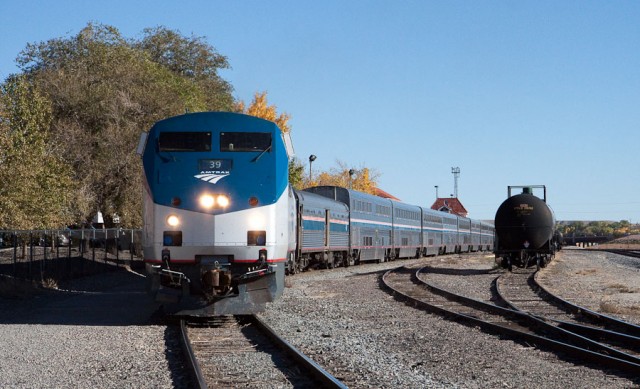 Train stop at Grand Junction, Colorado. A good time to stretch and walk around a little. 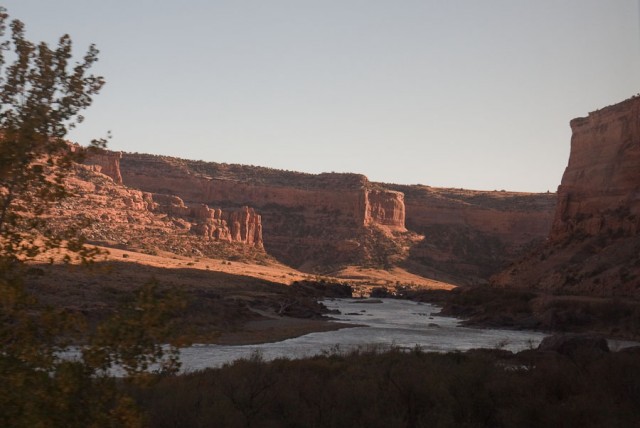 Following the Colorado River and getting closer to Utah. It is also getting late in the day. Again, this area is only viewable from a train. 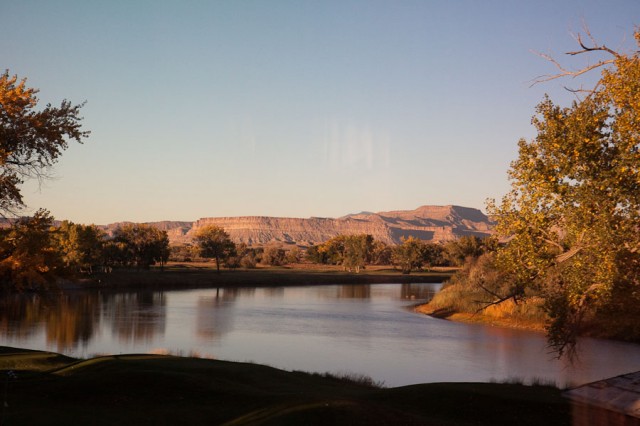 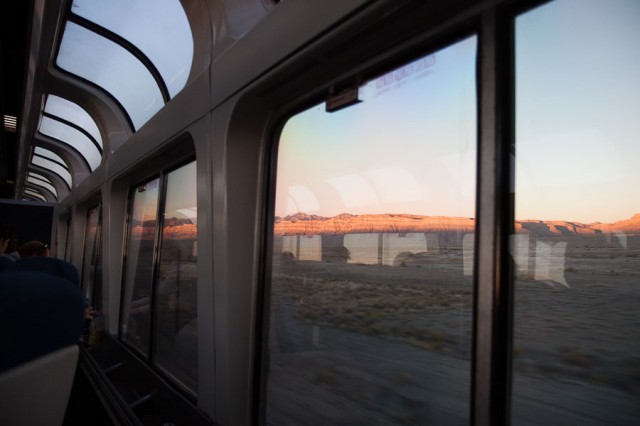 Time for dinner in the dining car as the sun sets on the bluffs on the way to Price, Utah. 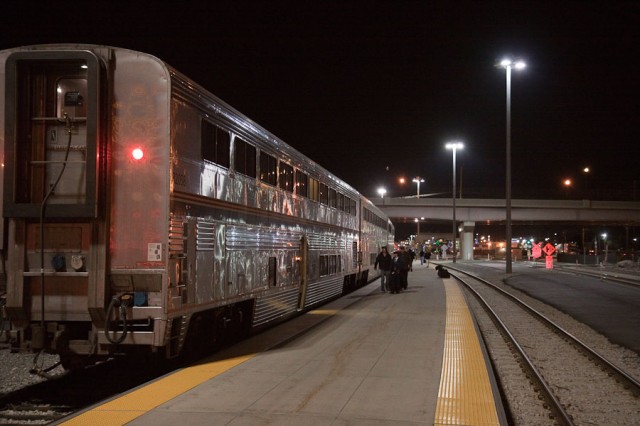 A quiet stop in Salt Lake City. Most of the other passengers had gone to bed. My sleeping compartment was in the last car on the train. 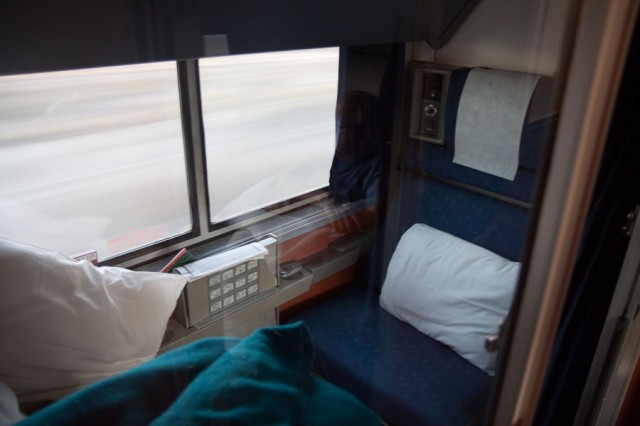 View through the hallway window of my sleeping compartment (Roomette). It is still in daytime mode with the seats up. 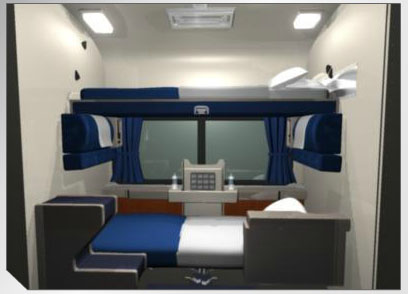 A graphic showing what the Roomette looks like in night mode without the front wall and door leading into it. It can sleep two adults, but it would be a bit cramped because the top bunk is pretty small. The lower bunk was perfect for me and allowed me to watch the stars while traveling 80 MPH across Nevada. There are curtains on the windows into the hallway to give one privacy.

This was my first time sleeping in a bed on a train.  It was surreal.  The primary thing that kept me from sleeping better was my own excitement.  I’d doze off and then wake-up and want to sit up and look out the window, wondering where we were.

The sounds were interesting.  There was a whining in the rails that would change pitch.  The car would sway up, down, back and forth, but not annoyingly so.  It would actually rock me to sleep.  I’d always wake-up when we stopped to let a freight train pass in the opposite direction because everything would suddenly get quiet.  I was up, like a boy on Christmas morning, as soon as the sky lightened, watching the sage brush in the rising sun as we headed towards Reno, Nevada.

Being the geek and rail fan that I am, I brought along my GPS which would tell me where we were and how fast we were going, and my scanner radio so I could listen to radio communications with the train.